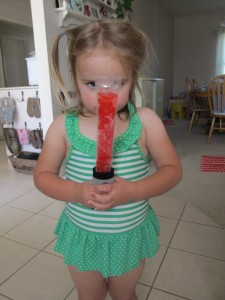 I was blessed and fortunate to spend my gymnastics career at Southside Gymnastics, a Virginia gym owned and coached by Cliff and Pam Dameron – or, as we referred to them, “Mr. and Mrs. D.” Southside had a long history of producing quality gymnasts at the compulsory level through level 9. I started gymnastics there when I was 6 years old, as a level 4, and continued there until I was 16. It’s safe to say I did most of my growing up in that chalk-filled, non air conditioned gym – from adolescence through those awkward middle school teenage years. And I loved it. Mr. and Mrs. D created an atmosphere in the gym that made us feel confident in what we were doing. They were never there to tear us down. Of course they motivated us, as any good coaches do. But they did so in a way that built us up and made us feel pride in what we were doing. There wasn’t an “us vs. them” mentality between the gymnasts and coaches. I never felt scared to go to them about any uncertainties I had with my routines, and I always felt as though I had a voice in my gymnastics. They were also acutely aware that we had lives outside of the gym, and, that no matter how hard we tried, being stressed about a test in school or having a fight with a friend may affect us in the gym that day. “Field trips” weren’t uncommon during the summer, and they would organize movie, bowling, rock climbing, or ropes course trips for after practice to give us a chance to bond outside of the gym.

I listened to the episode 15 Joan Ryan interview and, in hindsight, one of the things I’m most thankful for in my gymnastics career is the lack of emphasis Mr. and Mrs. D put on “body type.” Southside was full of gymnasts of all shapes and sizes, and they created routines for each girl that fit her body type instead of demanding we all fit into the same stereotypical “gymnastics body.” We were encouraged to be healthy, of course, but maintaining a specific weight or looking a certain way were subjects never addressed. In fact, we were allowed to bring in treats to celebrate birthdays, and they gave us popsicles in the middle of practice in the summer when it was too hot outside. I even recall one time, a few of the older girls were having a side conversation while warming up – it was the typical teen girl talk of “ugh I have ‘love handles’… I need to lose 5 pounds…” etc etc. After the coaches overheard, they were flustered and actually stopped warm-ups to reiterate to us that we were perfect the way we were.

I’ve always been a firm believer that gymnastics can teach you all the life lessons you need. To this day – and yes, as corny as it sounds – I sometimes remind myself to “channel my inner gymnast” when I’m trying to achieve a goal or complete a task, or even just to get the motivation to go on a run. I think this can really be attributed to the way Mr. and Mrs. D coached- they didn’t just coach in a way to make us great gymnasts, they coached us to be successful, well-rounded individuals. The type of hard work and perseverance they taught us in the gym transferred over into my exams in high school. Setting goals and taking the steps to reach them transferred over into my college application process and, even years later, my post-college job search. Mr. and Mrs. D have since retired and the gym has changed ownership, but they made an immeasurably posotive impact in gymnastics in the area during their years coaching.

Now, I was far from ever being good enough to be in the Olympics. I was a mediocre level 8 gymnast at best. But the decade I spent at Southside shaped me as a person more than I could have imagined, and that’s something I’m thankful for every day.

(“Inspiring” is in quotation marks because it’s probably not inspiring to people who aren’t me, but I’m OK with that!)

I was a terrible gymnast.  I started taking classes when I was nine and was not good, but I had begged to take gymnastics ever since I was four and my parents finally gave in.  I stayed at my first gym for one summer session, then stopped because I was awful, then took it back up during middle school at a gym closer to home.  I could not get my pullover on bars for anything in the world.  Eventually, my coaches gave up on my pullover; we’d get to bars and they’d say, “OK, Lauren, you just… play in the pit or something.”  Same with back walkovers; the rest of the class would practice walkovers, and they’d tell me to go do backward rolls and not try.  I was ready to quit by the time I started high school, because it wasn’t fun anymore and I was tired of being self-conscious about how much I sucked.

My younger male cousin was taking gymnastics for the first time at another gym, and I went to his end-of-summer exhibition.  He had so much fun, and the coaches genuinely seemed to be having fun.  I asked my parents if I could try this gym, and they agreed.  On my first day of class, I was awestruck by Bob Kohut and Chris Young, two of my coaches, and I desperately didn’t want them to see how awful I was.  We went to bars, and when Chris said, “OK, show me your pullover,” I tried – and made it for the first time ever.  It was so awesome to be in a supportive environment where it was OK if I sucked, where coaches didn’t think of me as a waste of their time.  I distinctly remember doing my first roundoff-back handspring with a spot from Chris and how I couldn’t tell who was more excited, me or him, by the cheers and high-fives and big grins.  That gym made me feel like an Olympian.

I never got good at gymnastics, and eye surgery in high school caused me to lose my depth perception permanently, which was pretty much a death sentence for any future I wanted to have as a gymnast.  Bob, Chris, and the other coaches sent me a get-well card in the hospital and never suggested that I quit.  I stayed in gymnastics classes until I graduated from high school and then proceeded to coach off and on through college and as a part-time job as an adult.  My coach Chris went to the Olympic trials in 2000 and I bawled like a baby with pride in my dorm room, watching him on TV.  I never told them, but Bob Kohut and Chris Young are heroes in my book, for giving just as much enthusiasm and support to a hopeless wannabe gymnast as they did to their gymnasts who went on to NCAA sports.  I’m a high school teacher, and they were a huge influence on me in choosing this career; I think of them whenever I have a challenging student and it makes me strive to be a better teacher.

Also, Gymcastic is awesome and I love listening to your interviews!