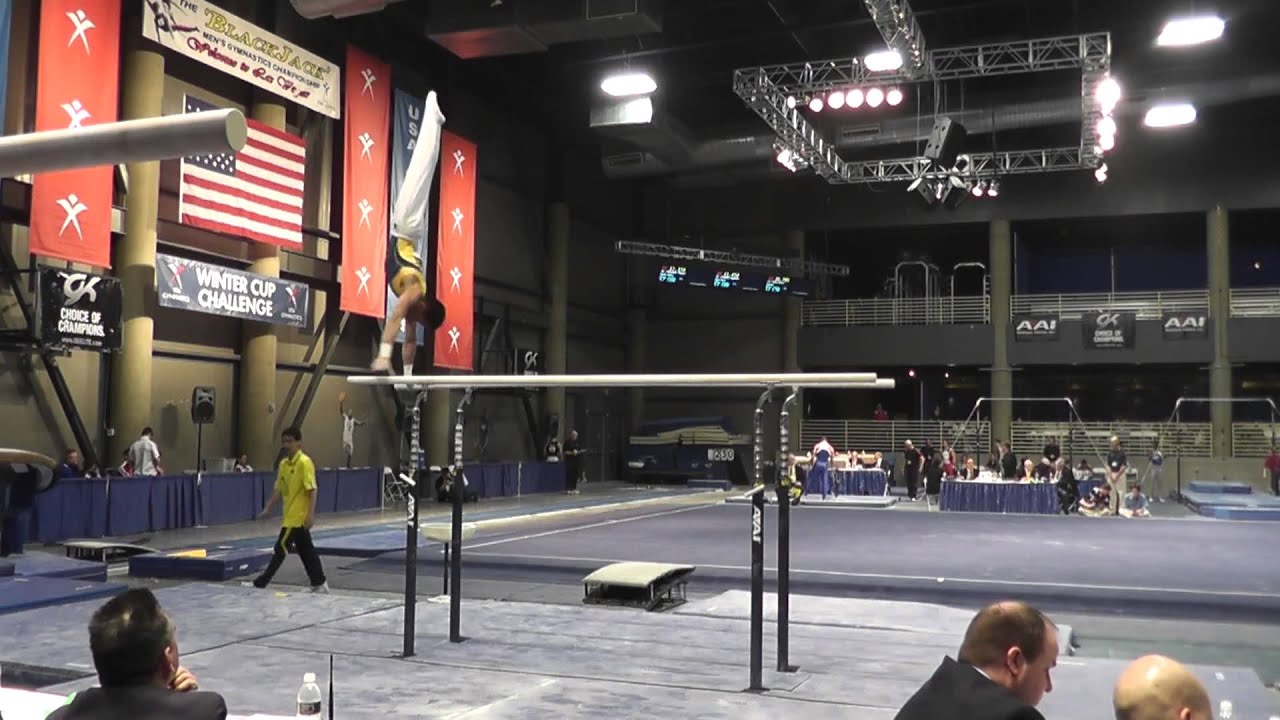 Las Vegas, NV– “Just trying to have no pressure whatsoever.”

That was Adrian de los Angeles’s philosophy at the Winter Cup, and “it worked,” as he stated.

In fact, it worked better than he had ever imagined. After prelims, he found himself in first ahead of Olympians Jake Dalton and Danell Leyva, and when asked how it felt to be in that position, Adrian confessed, “It was kind of unexpected to be honest.”

Two nights later, Adrian found himself in a similar situation. Going into the final rotation, he was leading, and even though he was on the cursed pommel horse, Adrian is pretty good at the event. (He posted a 14.5 on night one.) Unfortunately, he uncharacteristically botched his dismount, which cost him dearly and opened the door for Jake Dalton. Competing at the exact same time as Adrian, Jake hit his high bar routine. It was not perfect, but it was free of major errors. And in the end, it was enough to beat Adrian.

After the meet, Adrian was anything but disappointed with his performance. He remarked, “I was just happy to do one event at a time and hit it as well as I could.”

For Adrian, hitting does not simply mean landing on his feet. It means being as technically precise as possible. While pirouetting on parallel bars, many will arch and separate their legs. Adrian’s legs, on the other hand, are stuck together and extended all the way through the tips of his toes. (Heck, even when he falls, his safety rolls are executed perfectly.)

On top of that, a nascent artistry is present in his gymnastics. On parallel bars, he accentuates his Belle by kicking out of it early. And while most floor routines consist of tumbling pass after tumbling pass with a momentary interruption to do a wide-arm handstand, Adrian pauses, gets down on the floor, and does flair work–something that is on the verge of extinction in modern gymnastics.

With polish and finesse, the Michigan sophomore has proven that he can compete with America’s best, which leaves us wondering what the future has in store for Adrian. Quite frankly, it’s hard to say. When asked to list his goals for the year, he was rather reticent, but he did say with a bit of a grin on his face, “I think it’s going to be a good year.”