Catching up with Danell Leyva at the Winter Cup 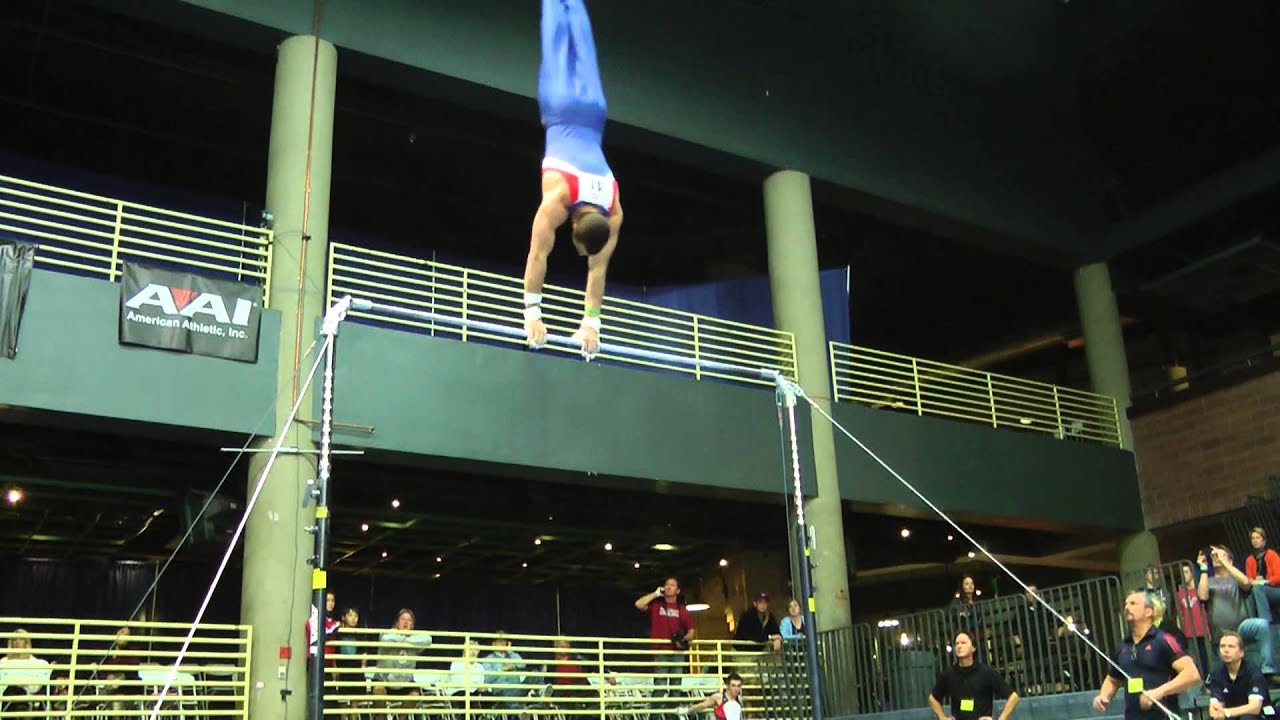 Like many of the competitors at the Winter Cup, Danell Leyva is keenly aware of the demands of the new Code of Points. “On p-bars, I had to change one of the skills. Instead of doing a peach-half, I’m doing a peach to one bar holding a handstand because you can’t do both a peach-half and a peach-full,” he stated.

And that’s not the only change he has made. On floor, he now performs a Tamayo (a stretched Arabian double front). On pommel horse, he’s doing an E Russian on one pommel. On vault, he resurrected his 2 1/2. (At the Olympics, he performed only a double). On parallel bars, he added a double front dismount because it’s worth more than his double pike. And on high bar, he replaced his Liukin (full-twisting stretched Tkatchev) with a piked Kovacs, which, by the way, he hopes to connect to his stretched Kovacs.

With so many changes to his routines, it’s not surprising that Danell had a few hiccups on night one of the Winter Cup. But he does not seem too fazed by his mistakes, and he need not be. As a member of the 2012 Olympic Team, Danell has a guaranteed spot on the U.S. National Team. So, for him, “this is really just more of a warmup for the American Cup.”

Using this meet as practice, Danell seems relaxed this weekend. Prior to my interview, he was laughing “a carcajadas,” as they say in Spanish, and during our interview, he was more than willing to chat about the ludic parts of his personality. For instance, I asked him about his monkey impression and his Yin Alvarez impersonation. “I do a lot of different sound effects, but I do that on a daily basis. I couldn’t tell you what my best one is,” he confided. “If you just talk to me and watch me, you’ll see how out there I am.”

His “out there” personality has been well-documented in previous interviews. He is a self-declared Looney Tunes fan, and as he told me, he is particularly fond of Daffy Duck. “There’s actually a scientific fact that says the brain will always be easily attracted to something that is animated,” he explained. “And I think that I just have that part of my brain even more developed.”

Whether that’s true or not, I do not know. As someone who is clueless about neuroscience, I simply find it refreshing to meet a world-class athlete who does not take himself too seriously, who is not afraid to be a little eccentric, and who has not lost his childlike wonder of the world.

On behalf of the GymCastic Crew, I wish you the best of luck this evening, Danell.