Catching up with Jake Dalton at the Winter Cup 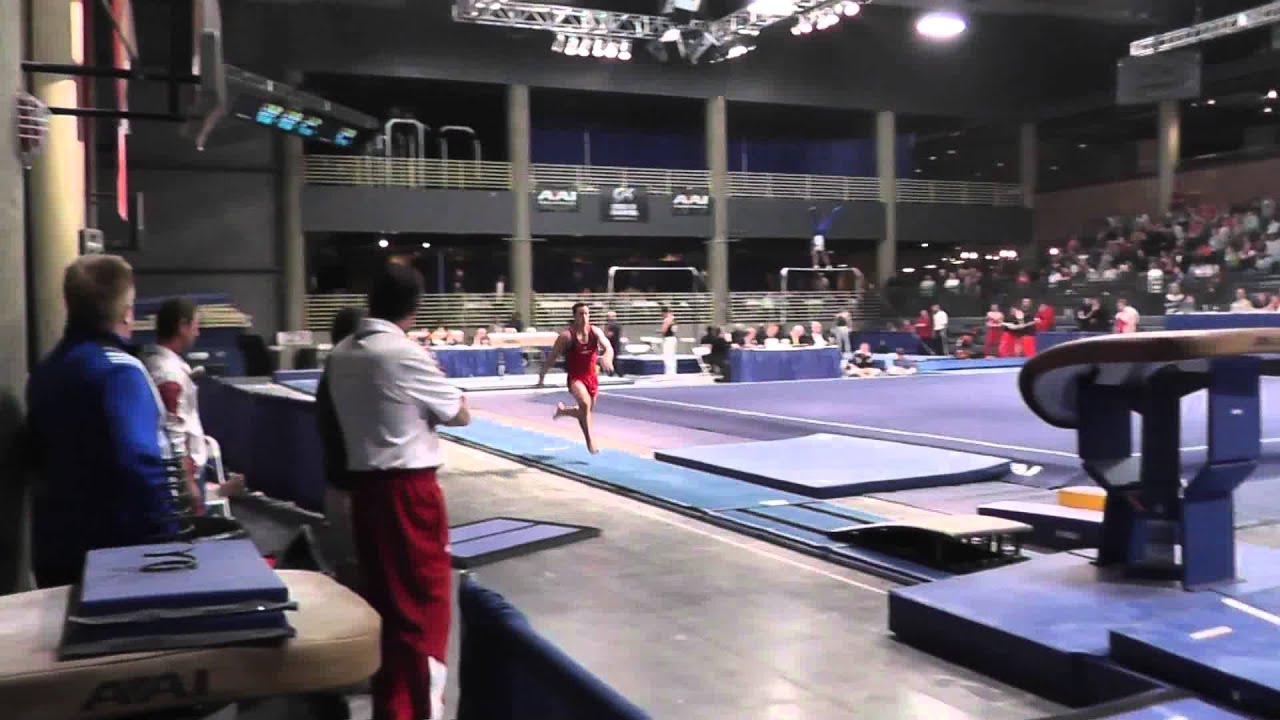 Las Vegas, NV– “I was just going to do one or two events here, but I ended up getting ready for all-around.”

For someone who had not planned on competing in the all-around at the Winter Cup, Jake Dalton performed superbly, finishing third overall after one day of competition. His placement is even more impressive considering that he was not competing full difficulty. He told me, “I didn’t want to jump in full routines and high start values and crash all over the place. So, I just wanted to get back into it kind of slowly and safely and upgrade a few things here and there.”

What were those upgrades? Channeling his inner gym nerd, Jake enumerated them. On floor, he added an Arabian double pike (which, as he pointed out, is not entirely new, but it is new to this routine). On pommel horse, he included a scissors travel from the end and a D-flop. On rings, a Maltese push planche. On parallel bars, a peach half. On high bar, a stretched Tkatchev out of his tak half.

And he has more planned. During the first night of competition, Jake performed only a two-and-a-half on vault, but he’s planning to return to his triple full in the future. On parallel bars, he’s working a Dimitrenko as well.

One might wonder whether Jake watered down his routines because of tour. Not so, according to Jake. With very few exceptions, his skills came back fairly quickly after tour. For him, his biggest setback came as a result of LASIK eye surgery, which took him out of the gym for about a week and a half.

As most gymnastics fans know, eye surgery was not the only hurdle in Jake’s life after the Olympics. Kayla Nowak, University of Oklahoma senior and Jake’s long-time girlfriend, had a serious back injury. When asked for an update on her condition, Jake, ever the optimist and ever the sweet boyfriend, stated, “I’m just glad that she’s able to walk and that she’s going to be okay.” He added, “She’s moving around pretty well. She’s got about three and a half more weeks in the full brace that she’s in.”

Kayla’s recovery is remarkable because, as Jake indicated, “the doctors said that she was pretty close to being paralyzed. So, our lives could have been changed a lot. It makes you sit back and realize how lucky you are.”

To which I say, “Amen.” On behalf of the GymCastic Crew, I wish Kayla a speedy recovery and Jake the best of luck during finals at the Winter Cup.