Episode 17: Growing Up In The Soviet Gymnastics System And Training At Round Lake 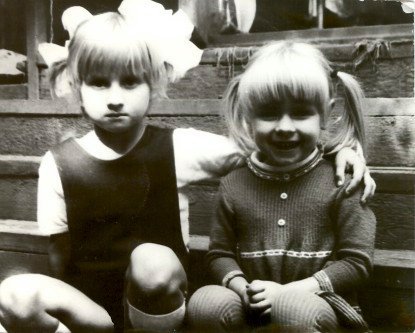 Lena Degteva (left) with her sister Marina in Ukraine around 1981.

This week we interview Canadian and NCAA champion, Lena Degteva. Lena was born in the mid-70’s in Lvov, Ukraine and later immigrated to Canada. The daughter of two gymnastics coaches, she quite literally grew up running around the famed Soviet national gymnastics training center at Lake Krugloye, affectionately known as,”Round Lake.” In 1989, Lena became the Soviet Junior National Champion and an official athlete-in-residence, training alongside greats like Chusovitina and Gutsu at Round Lake.

Lena Degteva is now a professional stylist based in Los Angeles. She is still connected to her gymnastics roots as a choreographer and custom leotard designer. She answers all of our deepest, darkest and most ridiculous Sovietophile gymnerd questions.

Here’s a look at what Round Lake was like around the time Lena was training there (1991).

Katy and Lauren answered our call for positive gymnastics stories. Read the full letters here. They are guaranteed to make you smile and warm your heart.

Beth Tweddle on wedgies and her bum. 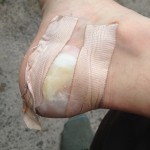 Fill a blister or cover a rip with zinc oxide to quickly cure and moisturizing a rip.

Gymnastics Zone’s discussion on rips and Jess’s Athletic Trainers description of her zinc oxide cure can be read here. 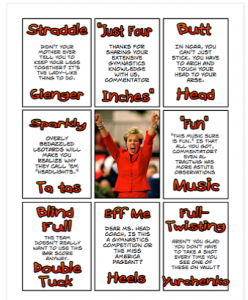 Bridget Sloan of Florida on Floor Jan.18.2013 vs Missouri

Spanny’s pick for “Birds Nest” of the Week

Simone Biles was in the most tweets of any U.S. Olympian in Tokyo Games | Pew Research Center https://buff.ly/3AknqpI

http://gty.im/959065218 LISTEN WATCH Club Gym Nerd members can watch the podcast being recorded and see video clips of the gymnastics while we discuss. Please login to your Club Gym Nerd account to listen and/or watch this...

How to Stage a Gymnastics Protest

http://gty.im/1189562740 LISTEN WATCH Club Gym Nerd members can watch the podcast being recorded and see video clips of the gymnastics while we discuss. Please login to your Club Gym Nerd account to listen and/or watch...