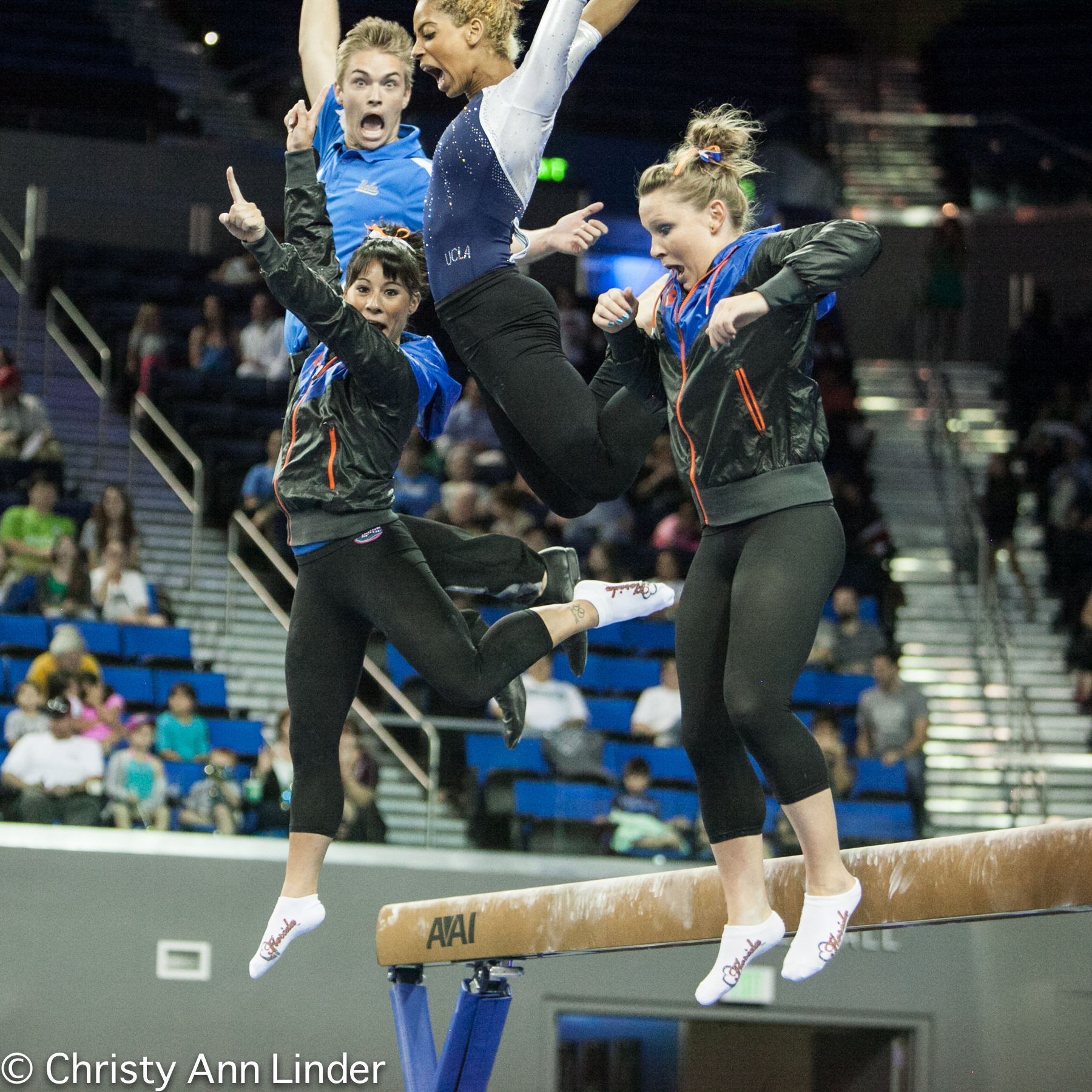 This is why NCAA Gymnastics is awesome. Have you ever seen a photo like this from an elite gymnastics meet? L-R Cory Tomlinson, Marissa King, Danusia Francis, Bridget Sloan.
Photo courtesy of Christy Linder.

This week, Blythe filed her report on dominating Russians and weeping men at Moscow’s European Championships. Uncle Tim and Jessica returned from Los Angeles to report on the NCAA Women’s Gymnastics Championships with special guest Lauren Hopkins, U.S. editor for The Couch Gymnast.

If you missed it, you can read Uncle Tim’s entertaining quick hits from NCAA’s here:

This year, NCAA’s featured something that has never been done before. After event finals, all of the teams participated in Flash Mob choreographed by Travis Wall (see photo below). Check out the highlight gifs here or watch it at the 1:51:21 mark here. Oh, college gymnastics, this is why we love you!