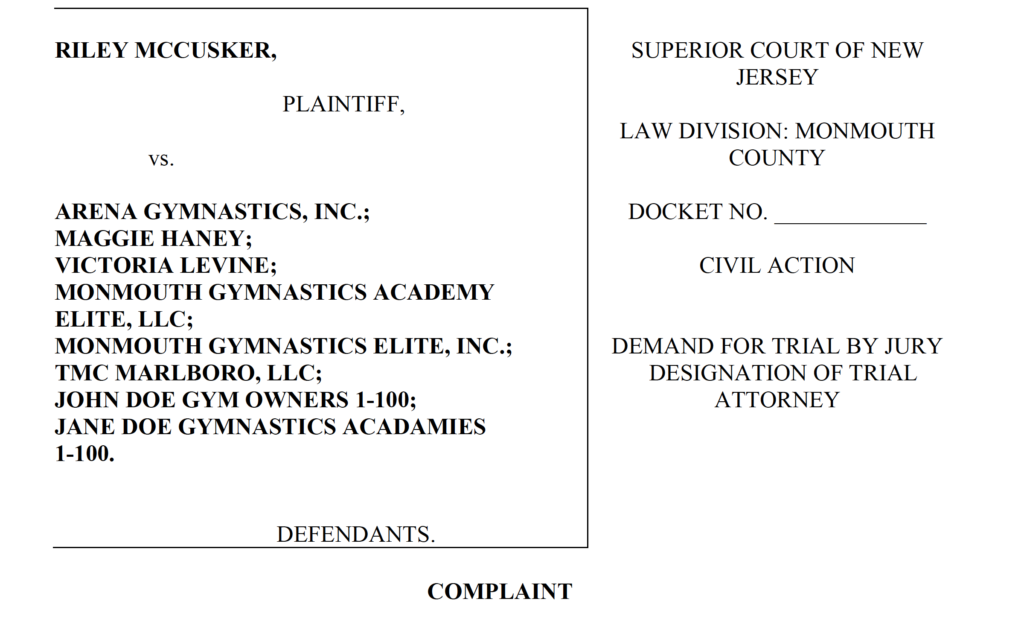 Tokyo Olympic hopeful Riley McCusker has filed a lawsuit against her former coach Maggie Haney. Haney, who previously coached Olympic gold medalist Laurie Hernandez, was suspended for 8 years by USA Gymnastics in April of 2020 after a panel found she had emotionally and verbally abused gymnasts. In the lawsuit filed in late October, McCusker alleges Haney forced her to train on a fractured hip; multiple foot fractures; a torn shoulder ligament; and to continue “strenuous training” while suffering from exercise-induced rhabdomyolysis, a potentially life threatening condition effecting the kidneys. Additionally, McCusker accuses Haney and assistant coach Victoria Levine, of body of shaming; promotion of unhealthy eating habits; promotion of unhealthy weight loss habits; promotion of amenorrhea; bullying; shaming of gymnasts, including plaintiff, in front of other gymnasts; and repeated belittling of gymnasts.

To read the official complaint click the link below (addresses and birth dates have been redacted).

[…] association for abusing the gymnasts and after having herself started the legal process of suing the disgraced coach, McCusker changed gyms in hopes of achieving her Olympic Dreams. Her ending was a bit different […]