US Olympian Files Sexual Assault Lawsuit Against US Team Trainer/Physician 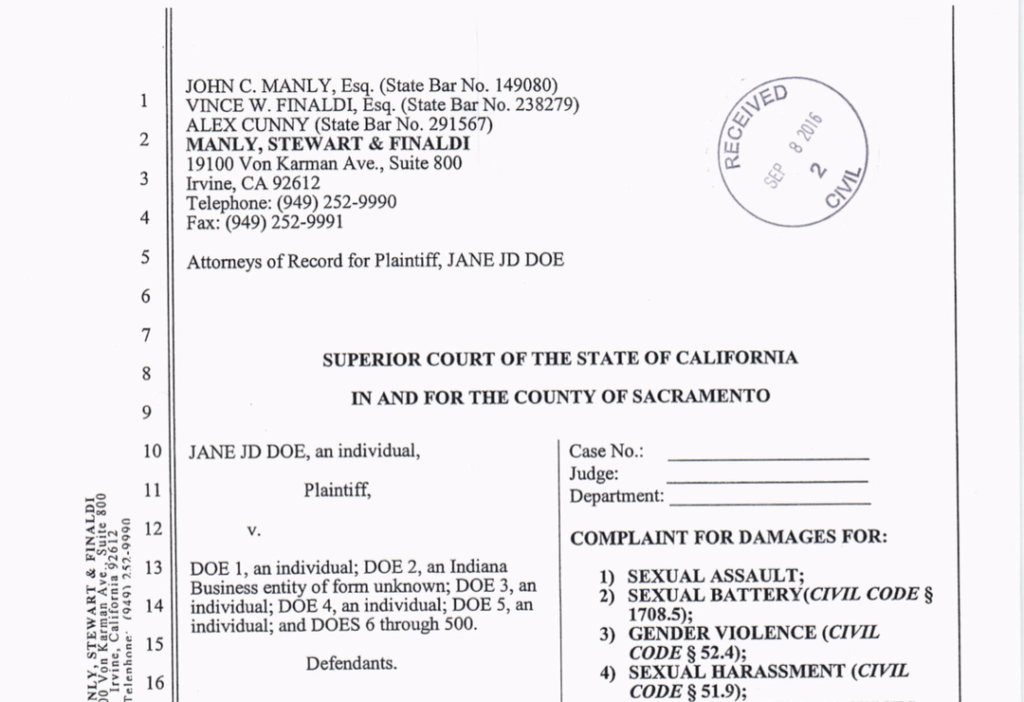 A 2000 U.S. female Olympian has filed a lawsuit for sexual assault against alleged perpetrator, an adult male individual who was a certified athletic trainer and a osteopathic physician for the US Women’s Team through the 2012 Olympics (the Indy Star has identified the perpetrator as Larry Nassar).

The Olympian accuses him of fondling and groping her breasts, and “introduced his bare hand to Plaintiff’s vagina and anus, on multiple locations, in Plaintiff’s assigned sleeping quarters, as she lay on the edge of her bed, alone and without any supervision or a chaperone…” and that she needed “intravaginal adjustment.” Doe asserts this was done without gloves.  Read the full complaint here. 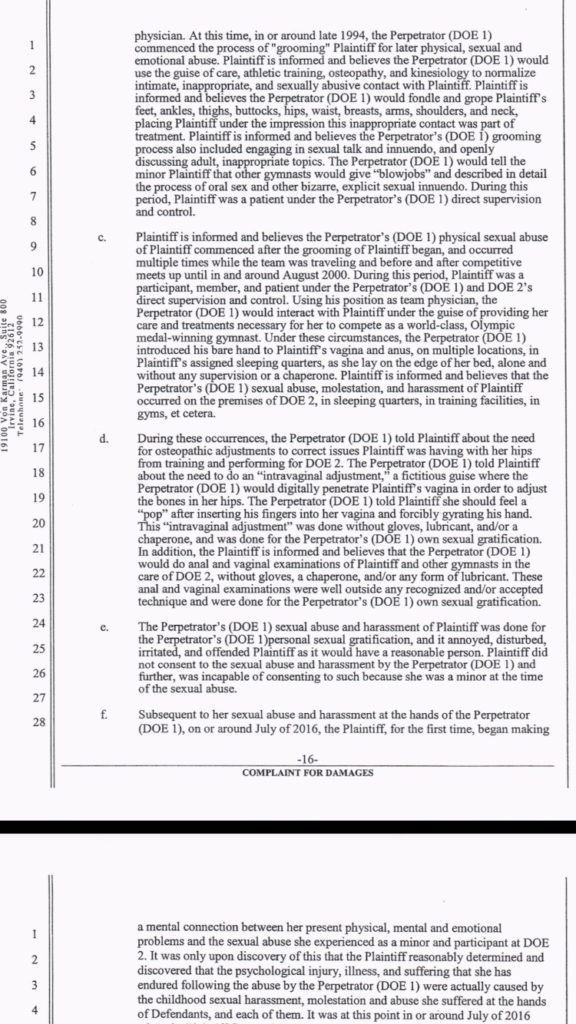 wow. this is hard to believe, what a terrible thing

Really!! Just nothing but a woman wanting 15 seconds of fame… Just cause she didn\’t get her way during the Olympics in 2000…why wait 16 years to report this.. the statute of limitation is 7 years.. makes me wonder if this was made up!!

That\’s some serious trolling right there KickRocks. I imagine you don\’t have children…

@KickRocks, \”she\” is an unamed Jane Doe. Yes, you can figure out who she is, but if she was seeking attention, I think she\’d be more inclined to name herself. Very, very, very few people (enough that I could almost-but-not-quite say no one) would ever want the \”fame\” of being a victim.

She is also not the only one with allegations. It is sad and hard to believe – I have heard many positive things about Larry Nassar – but that doesn\’t make it OK to blame the victim for coming forward. Many, many victims of abuse are not able to process the abuse and come forward at the time that it happens; they should be commended for doing so whenever they do.

People who want 15 seconds of fame release sex tapes, audition for reality shows, upload ridiculous videos of themselves on youtube, or do outrageous things like publicly condemn the parents of deceased veterans (to give an example from current events). They do not go through the long, costly, emotionally draining, and often humiliating process of filing a lawsuit over their childhood sexual abuse.

She waited 16 years to report it because it takes years, even decades, for child sexual abuse survivors to (a) realize and accept what happened to them was abuse; (b) feel strong enough to talk about it with ANYBODY; (c) feel strong enough to stand up to their abusers in court and in public (especially in a society where many people – like yourself – are eager to rip apart every aspect of the victim’s life and sexual history in an attempt to discredit them).

Please, read more about the psychological and social circumstances surrounding childhood sexual abuse before you sling off thoughtless comments like this. You literally have no idea what you’re talking about.

You have got to be kidding!
Sometimes it takes people years to be able to move forward with a claim like this. Maybe she is worried that this person could abuse somebody else and felt compelled to step forward. Maybe this person finally has the strength to face her abuser.

You ask what the reason to wait 16 years is?scumbags like you!!!!

Thank you so much for that response Yael!