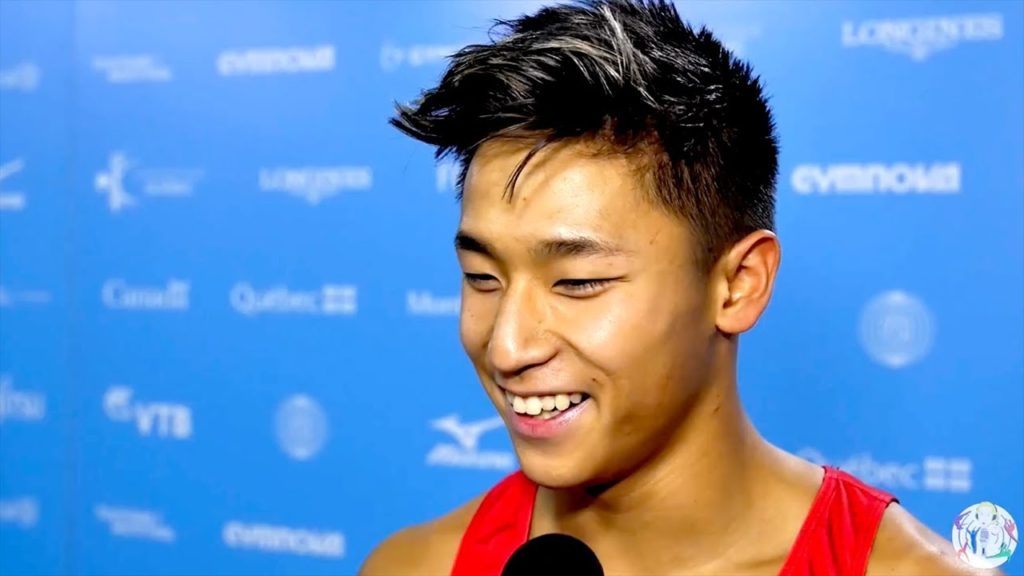 Three of the five champions from the 2017 Winter Cup have made a return to defend their titles.

Missing this year are Eddie Penev, FX Champion, who is recovering from shoulder surgery and Chris Brooks, High Bar Champion, who has retired from competing and now coaches at the University of Nebraska. Returning this year are 2017 world bronze medalist Yul Moldaur, who won the AA, Still Rings, and Parallel Bar Bar titles, Olympic Bronze Medalist, Alex Naddour, who won the pommel horse title, and two-time defending NCAA Vault Champion, (out according to University of Michigan Twitter today, only Cameron Bock will be competing).

Other heavy hitters coming into this meet are 2012/2016 Olympian, Sam Mikulak, 2017 World Team Member, Marvin Kimble, and 2017 National Championship silver medalist Allan Bower. Sam put together an incredible AA performance at the Rocky Mountain Open with an 87.8. It is the highest AA score nationally to date. It was his most consistent performance and the first time he has hit 6/6 solidly with full-strength routines since the 2015 Pan American Games Team Final. He also debuted a triple back off rings earlier this year, so look for which dismount he will use in this competition.

This will be Marvin’s first competition of the year after having competed a very solid routine at the 2017 World Championships on High Bar. He recently debuted a Tsuk Double Pike on vault to soft mats and he might  perform this vault in competition. The ever-consistent Allan Bower has earned the honor of competing alongside his teammate, Yul Moldauer at this year’s American Cup. Having recently placed third at the Houston National Invitational and coming in as the reigning National AA Silver Medalist, you can expect him to challenge for an AA medal.

Sneaking in somewhat under the radar is 2016 Olympic Alternate, Akash Modi. Modi – known as a strong All-Arounder and exceptional performer on the Parallel Bars put together a solid performance at the Stanford Open on floor and vault earning over a 9.0 in execution on both events. Looking forward to redeeming mistakes on the Parallel and High Bar, he should be able to break into the top three with a consistent performance.

Coming back from surgery, Alec Yoder has looked phenomenal this season. He’s currently ranked 2nd in the NCAA in the All-around and boasted the highest pommel horse score in the country against Nebraska with a massive 15.5. He has a similar feel to Alex Naddour in the sense that he is strong on both the pommel horse and the still rings which is an odd combination of strength as they require different skill sets.

As for Alex Naddour, I was glad to see his name on the roster. The last we heard from him, he was going to sit down and talk with National Team Coordinator, Brett McClure about how viable he is/would be to Team USA. He mentioned that last fall, due to lack of funding and needing to support his family, he only had time to train two events. We look forward to seeing him put together four solid routines.
Also look to make a return on the National Team are Donothan Bailey, Colin VanWicklen, Kanji Oyama, and Alex Powarzynski who placed second, fourth, fifth, and sixth respectively at the recent Houston National Invitational. The most impressive score from that meet was Van Wicklen’s 15.3 on the vault. Though you can’t compare scores across meets, for reference, a 15.3 would have been higher than any score in the 2017 World Championships Vault Final. Bailey has done some phenomenal work on floor this year topping the 15 mark at the Rocky Mountain open and has also been consistent on the Pommel Horse. Trevor Howard, who currently trains at Ohio State, is also a current national team member set to compete and make is 2018 debut in Las Vegas.

Moving up to the senior ranks this year is Shane Wiskus the 2016 Junior AA, FX, VT, PB, and HB champion. Currently ranked fourth in the All-Around behind super stars Yul Moldauer, Alec Yoder, and Robert Neff, look for him to continue up the senior ranks in the coming years.

I’m looking for Robert Neff to earn his spot back on the National Team. Last year, he missed nationals to compete for our country at the World University Games earning an AA score higher than three of the current national team members, yet he was left off of the team. What’s confusing about that is in 2014, Alec Yoder missed the National Championships to compete for our country at the Youth Olympic Games and he still earned his placed on the National Team. There seems to be a lack of consistency there.

NCAA standouts Anthony McCallum and Sean Melton are still recovering from injuries and neither are at full strength. McCallum has only competed one vault this year and Melton has yet to compete the AA having left of floor at both meets he has competed at this year.
Specialists to watch include Christopher Stephenson of the University of Nebraska and Kevin Penev (RGA) who is still a junior and who medaled in the senior floor rankings last year at nationals, Brandon Ngai of the University of Illinois on Pommel Horse, Michael Wilner of the University of Illinois on rings,  (just had surgery) of Oklahoma and Kyle King of Nebraska on Vault, and Robert Neff of Stanford on high bar.

Also missing from this year’s senior line-up is Donnell Whitenburg who is recovering from surgery. We wish both he and Eddie a speedy and full recovery and look forward to seeing them back on the competition floor!
Team Selection

As usual, the Junior and Senior sessions will be separate for the qualification. 37 Athletes will compete in the Junior qualifying and 48 in the senior division. Both qualifying events take place on Thursday, February 15th. On Saturday, the juniors and seniors will compete together. The Top 28 senior athletes based on the 10 point system and the top 14 all-around juniors will be invited to compete in the finals. The Men’s Program Committee (MPC) reserves the right to invite any athlete from either qualifying division based on extenuating circumstances.
What is slightly confusing is that the rules state that they will be using the FIG Code of points or the NCAA Code of Points in one portion and in another part it says they will use the FIG code with MPC approved modifications. While the two codes are similar similar, they are not exactly the same. Differences can be seen in the equipment allowed to be raised and stick bonuses. This could require a little more clarity.
You can find the start list here:
How to Watch: USAG does a great job of streaming the meet. You can find live video, start lists, and results on their website here

Update to the MAG Code of Points:

Seven Elements were submitted at the world championships in Montreal and four were accepted:

The Gagnon II (D) was added based on Joel’s performance at the World Universiade in Tapei.

The Bertoncelj (C) was added based on Saso’s performance at the 2010 World Championships in Rotterdam.
General Update to the CoP: *All updates courtesy of the FIG MTC Newsletter #33.

Basically, the FIG is fed-up with gymnasts faking injuries to avoid time deductions… this isn’t soccer after all where you can roll on the ground pretending to be hurt. Well, you can, but will incur a .3 deduction from the D1 judge as described as “Other undisciplined or abusive behavior.”

If you are connecting a static element to a press element and the first element was not counted due to incorrect body angles, lack of control, etc., if the final hold element was executed correctly, the final hold can be recognized.

Pommel Horse Updates:
When performing a Li Ning Scissor, if you step down off the pommel with one hand and then step down again after having returned the hand to the pommel it is now the equivalent of stepping off the pommel with two hands (.5 or 1.0 deduction).
The FIG clarified that a complete travel down the horse is only considered when both hand have reached the far end of the Pommel horse after having completed a 720° turn

Rings Update:
Junior gymnasts are forbidden from performing Li Ning elements on Rings, however they can perform variations knows as Chechi  and Csollany . The Li Ning elements include a back toss to hand to support or cross. It almost looks a bit like the beginning of a German giant on high bar.
A swing to handstand with a two (2) second hold is now required and must be counted among the 10 elements for seniors or 8 elements for juniors. There are five options to fulfil this requirement:

Parallel Bar Update:
A gymnast can no longer perform a Gagon 1 and 2 in the same routine. 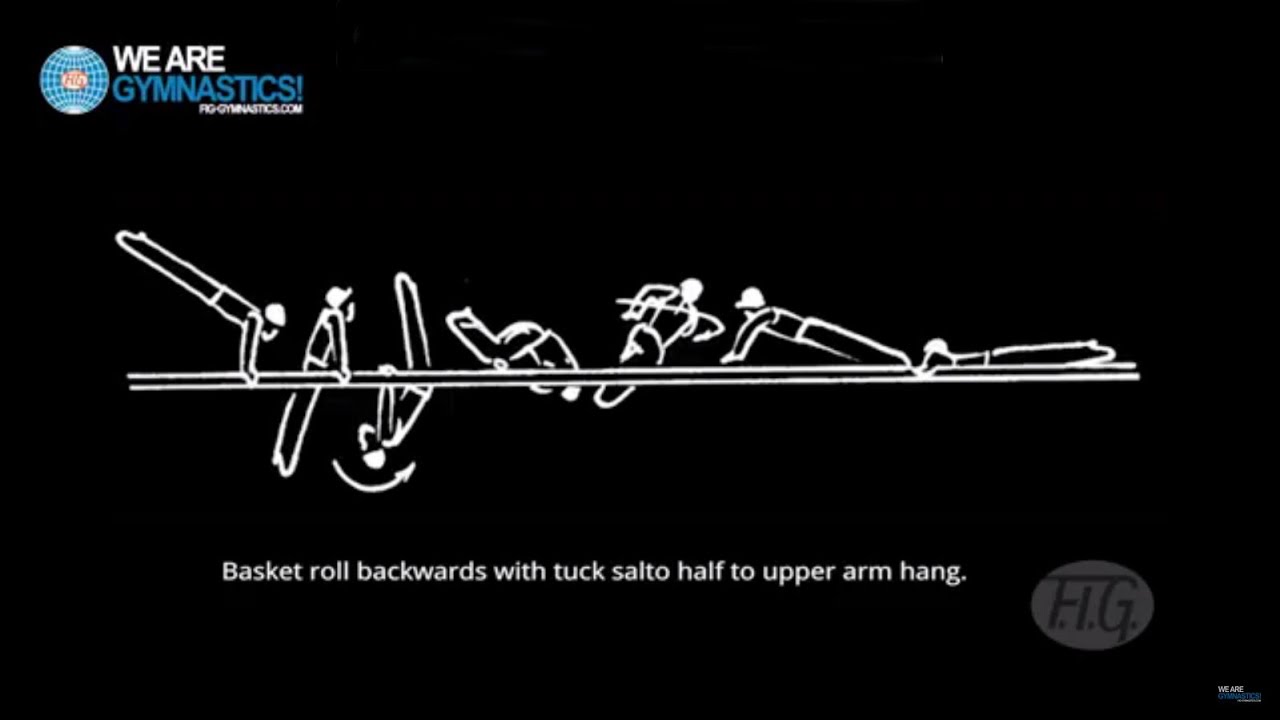 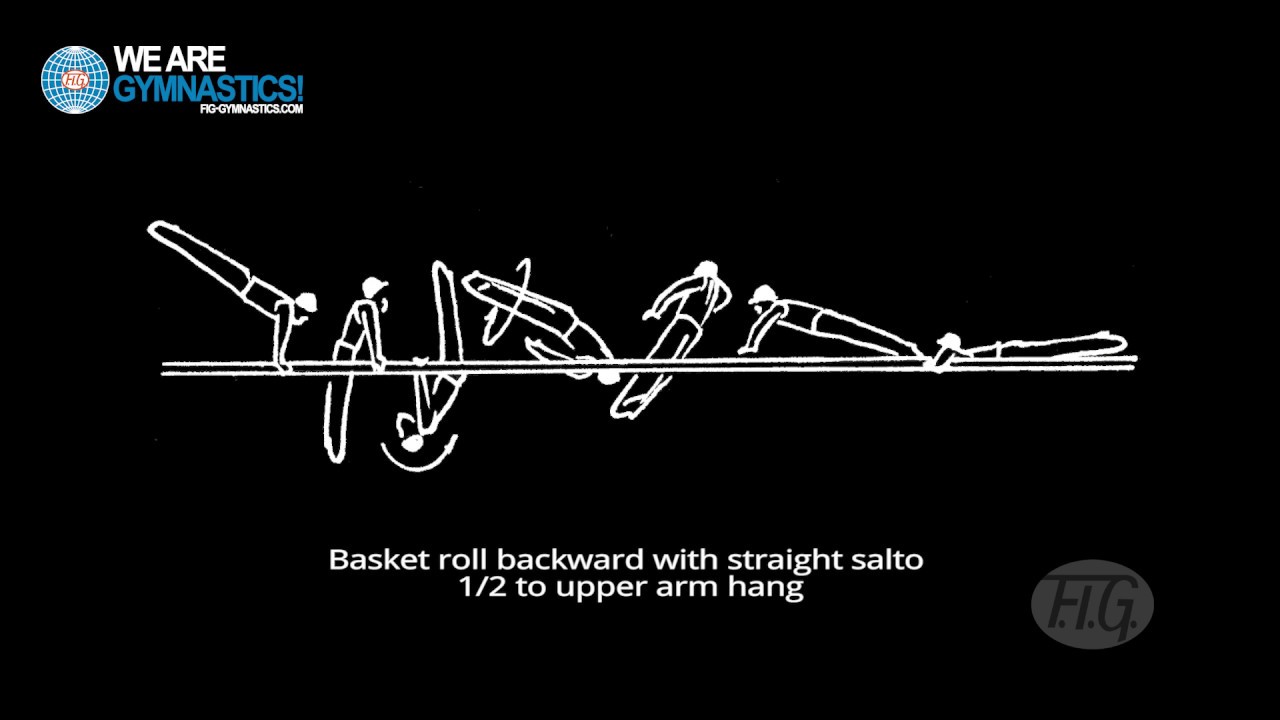 High Bar Update:
The Zou Li Min may be performed to either mixed or under grip for credit.