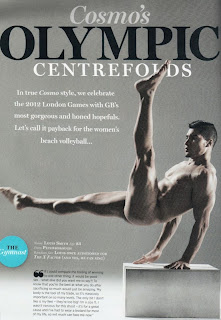 Here is Spanny’s new and improved version of the FIG Athlete Oath. Please administer to your gymnasts or take it yourself and show us the video!

“I declare on my honor that, as a gymnast, I will make an attempt to do pretty gymnastics.  I will not bust my wrist nor shelf my butt in an attempt to portray artistry.  I will flash neither my heiny nor hipbone, for I understand that doing so will not actually give me longer lines.  I will perform skills to the best of my ability, and understand that chucking horrific but highly valued elements is a recipe for death.  With consideration to the fans and myself, I will try not to die while performing my skills.  I hereby swear to uphold the tenents of grace and dignity of gymnastics, and not cause fans to run to Youtube to recall a better time.  In the name of gymnastics and Nadia, amen.”

"Even at my age you can aim for the medal"

Our instant reactions after watching a full day of the women's gymnastics qualifying round at the Tokyo Olympics: Simone didn't have her best competition, Rebeca Andrade placed second AA. The US finished behind Russia by more than a point going into Team Finals....

Men's qualifications: our instant take after watching a day full of heartbreak (Kohei), triumph (Japan, Yoder and Rhys) and amazing careers come to an end (Epke). Throughout the entire gymnastics Olympic competition we will be recording a live show from Tokyo. Our...