How amazing is NCAA gymnastics? It’s a who’s who of Olympic and World medalists, elites and competitors from around the world! Cordelia Price put together the statistics for us. There are 36 World/Olympic team members in college this year. A total of 27 former US National Team members (AKA bad ass American elites) competing on 9 teams. Alabama has the most former national team members with 6 this year. 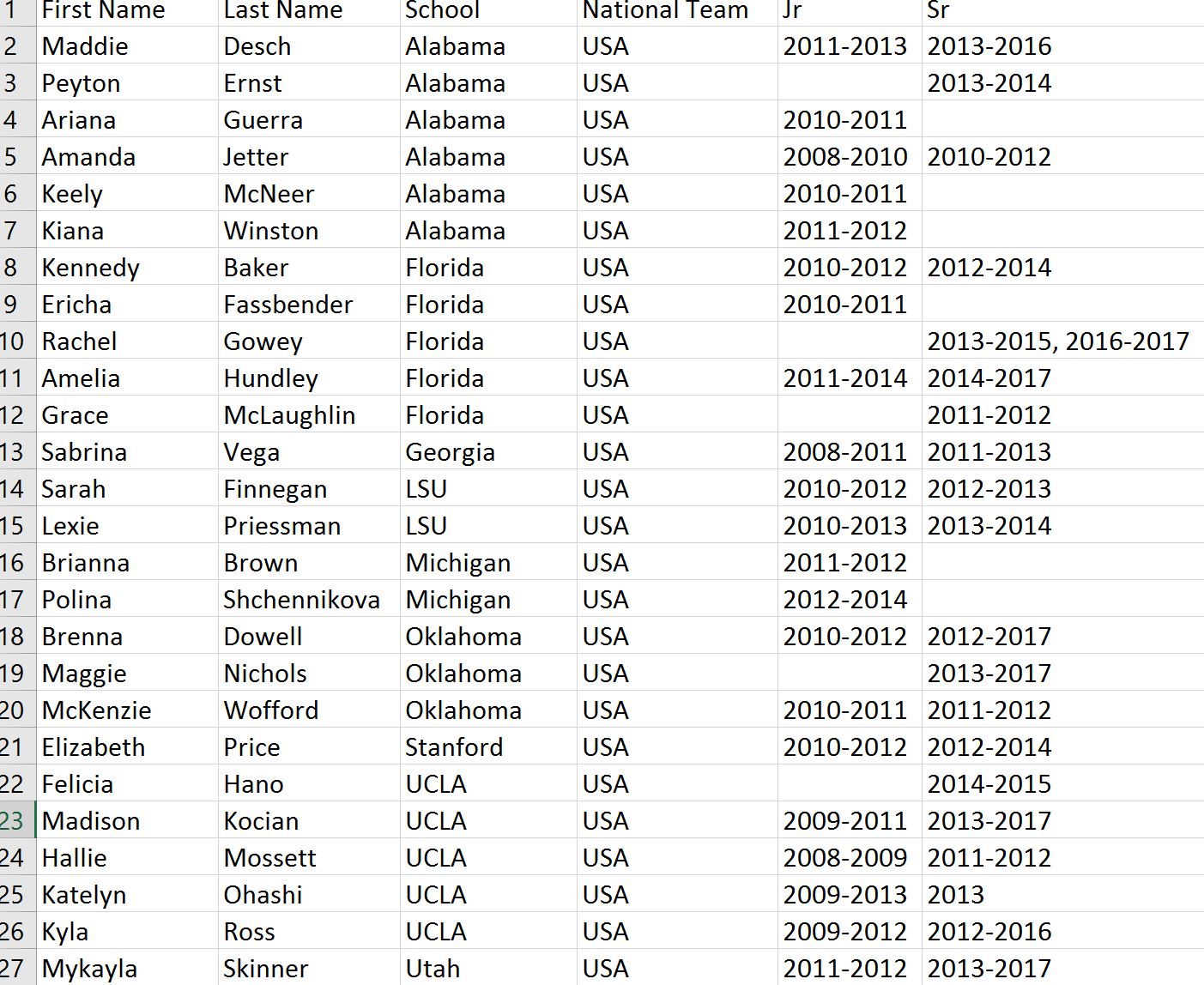 Reviewing that list you would think top 2 schools should be UCLA and Alabama. Just goes to show you when execution is everything it levels the playing field for those really great gymnasts who weren\’t ever going to learn enough high level floor or DY to crack into the elite world. Must be gratifying for them when they outscore an Olympian.

I don\’t think a person can pat themselves on the back for beating an Olympian when it\’s not the Olympics and it\’s not Olympic rules.

What World Championship or Olympic team was Sydney Soloski on? These lists are limited to either Olympic or World Championship team members (and alternates whose names were actually published by the federation when the team was named) and US gymnasts who used to be on the US junior or senior national team at some time in their careers. If the name is not there I could not find that it was published by the federation.

The 2021 Beach Blast Invitational will take place January 14th - 17th in Galveston, Texas. This will be the first glimpse of U.S. Elite Men in the Olympic year. Headlining the field are World Medalists Donnell Whittenburg and Yul Moldauer. Both athletes have made...

Tokyo Olympic hopeful Riley McCusker has filed a lawsuit against her former coach Maggie Haney. Haney, who previously coached Olympic gold medalist Laurie Hernandez, was suspended for 8 years by USA Gymnastics in April of 2020 after a panel found she had emotionally...

Where are all the female judges in Men's Artistic Gymnastics (MAG)? With 852 MAG Brevet level judges worldwide, only 13 are female. That's a radically lopsided discrepancy and it might be that way because of the hurdles women have historically had to jump and the...