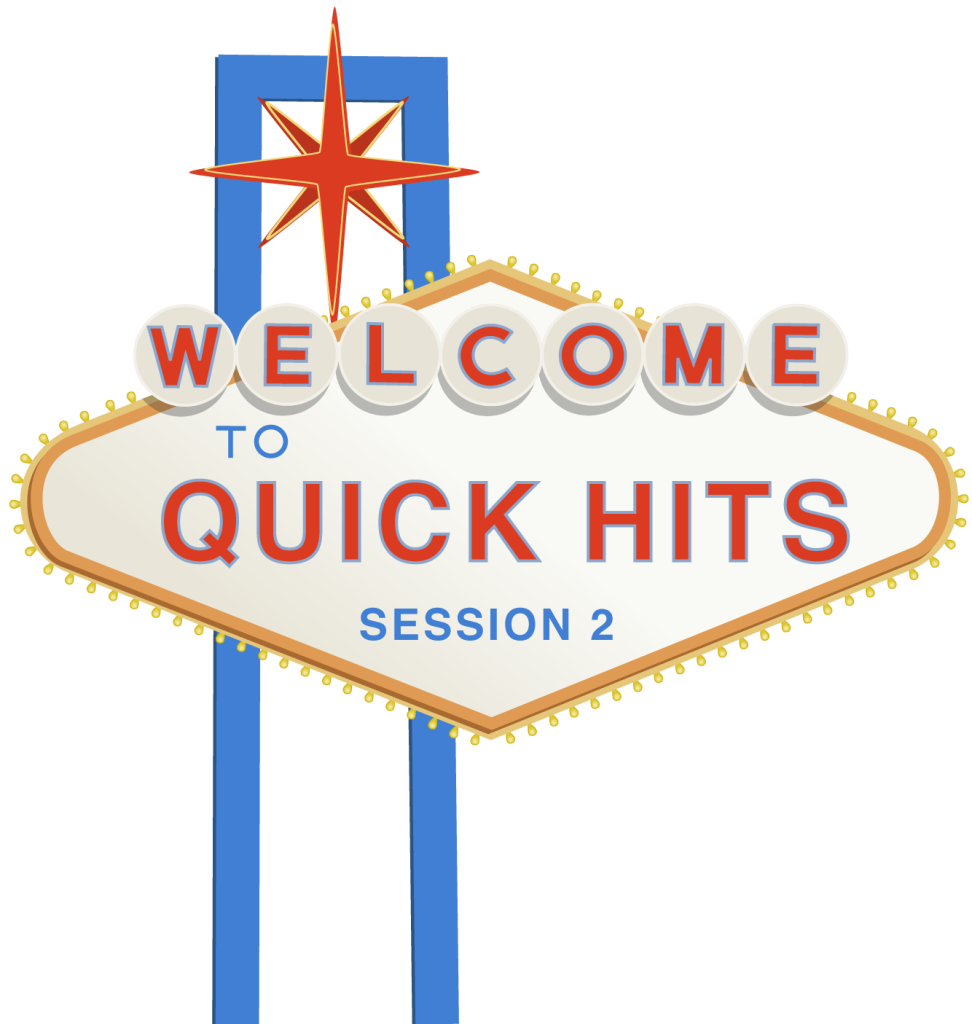 Important Fact: John Orozco may be the sweetest gymnast in the world. Prior to the second session, he was trying to grab a Quizno’s sub, and all the little boy gymnasts wanted to take a picture with him. He happily obliged and signed many an autograph.

Winter Cup: The place where male gymnasts get the rockstar status that they deserve.

For the listeners who asked… Short Shorts Update: Donnell Whittenburg will be facing off with Danell Leyva in the short short finals.

After a rendition of the Star Spangled Banner with a lot of glockenspiel, the men are warming up for the first rotation.

No Katherine Grable-esque Double Arabian half-out, which he warmed up. 15.250

Akash Modi on VT: A little form on his Kasamatsu 1/1

Adrian de los Angeles on FX: Randi to open; Front double full to front rudi–almost OOB; Back 2.5 to Barani; Beautiful toe point on his flair sequence; Wide-arm press handstand; Piked down his Korobchynski (stretched Thomas); Lands on hands on his triple full–perhaps he has the chance to have a new skill? Triple-twisting back handspring?

Eddie Penev on VT: Yurchenko 1/2 on + double full off; Lots of form in the air and a big step on the landing, but much better than his warmups

Fabian DeLuna on FX: Double Arabian; Huge double layout; Judge drops flag as he lifts it up for OOB; Back 1.5 to Barani; Wide-arm press handstand–so low he has to tilt his head to the side to roll out; Back double full; Back 2.5 over-rotated with big step

John Orozco on PH: Goes for a handstand travel and collapses mid-travel; Struggles on a scissors to handstand; And he’s off; Hips really cockeyed on his traveling loops; Dismounts and sticks the landing

Jake Martin on PB: Jumping in mid-routine; Back toss with 1/4 turn to single rail; Straddle 5/4; Stutz; Double pike to a STUCK landing. Haven’t seen too many of those today!

Josh Dixon on PH: Last person up in this rotation, and it’s on pommel horse. No pressure, right? Opens with a flop sequence; Tong Fei travel; Moves into some pretty flairs and cartwheels right off the pommel horse. Catches his leg on his Russian travel, and he’s off yet again. Triple Russian into a Wende dismount.

Again, the pommel horse is a man eater today and not in a good way.

Adrian de los Angeles on PH: Scissors 1/2 travel to middle; Extended flop sequence–first one is good; bangs leg on the pommels on second; Stayed on; Missed his dismount a bit and just does a simple handstand off

Marvin Kimble on VT: HUUUUUGE handspring double front; almost runs off the mats he has so much power!

Stacey Ervin on PH: Scissors travel to middle; Struggles a bit on single pommel Russian; Struggling on his travels, but keeps going; Has to preeeeess up to the handstand on dismount; WERK!

Donnell Whittenburg on SR: Last competitor to go on rings; At the Houston National Invitational, he finished only 0.05 behind Brandon Wynn. Let’s see what he does here.

Cross; Maltese; Long inverted hang; Uprise to a shaking inverted cross; Jonasson (double pike); Uprise to Maltese; Nakayama to cross; Uprise to planche; Double-twisting double layout–a little bit of form in the air, but overall, a good routine! It should be a close competition!

The competitors have started warming up for rotation 3, but we’re still waiting on Whittenburg’s score.

HOLY MOTHER OF NADIA! Whittenburg just got a 15.700 on rings!

Akash Modi on HB: Adler 1/1 to giant to face-close-to-bar Yamawaki; Also really close on his stretched Tkatchev; Endo 1/1; Double-twisting double layout to a big step–he cranks his twists in right at the end

Hayden on VT: Lovely Yurchenko 1/1 with a small step

McCallum on VT: Falls to his right side; Ankles-ow.

John Orozco on VT: Handspring double front full–makes it to his feet without problems; Looks a little muscled off the table, but hey! He made it! I think that’s all he wanted!

Marvin Kimble on PB: Jumping in at end of routine; Lovely Diamadov; Small hop on the double front half-out dismount

Josh Dixon on VT: Yurchenko 1/2 on + Double full off–A little under rotation and takes a Shawn Johnson-esque step around to complete the twist

Jake Martin on FX: Didn’t see most of the routine, but he stuck his double Arabian dismount and coach does a Yin Alvarez-style fist pump.

Sean Melton on FX: Arabian double pike to a deep squat; Double full on the straight away; Wide-arm press; Roll forward to press through to pike-press handstand; Thomas–Good roll out–At US Nationals, he had to withdraw due to a concussion; Back 2.5 to finish

Adrian de los Angeles on SR: Jumping in mid-routine; Cross a litlte low; Muscles his way through some Yamawakis and Jonassons; Peels on the way up on uprise to handstand–Huge gasp from the audience; Full-twisting double layout and he puts a hand down on the dismount!

Bummer! Last year, he had such a good opening night during the Winter Cup!

At the halfway point:

Fabian DeLuna on VT: Kasamatsu 1.5 to his seat; Bummer.

Marty Strech on PH: I see that he came off-didn’t see on what skill; He’s pacing and trying to get his composure; And he’s off again while attempting some kind of Russian travel ?; Finishes strong.

Something has to be wrong with that pommel horse, right?

Stacey Ervin on VT: Another big handspring double front–no classic Stacey Ervin stick, though, but Jess will be happy with that one.

Jake Martin on PH: Falls off!

Eddie Penev on FX: Opens with the Penev (Tamayo + 1/2 out) Whip 1/2 to Randi; Wide-arm press handstand; Back 2.5 to punch front full; Little low on the Korobchynski; Triple twist and hops out of bounds on the dismount

Michael Newburger on PH: And he’s off! GAH! He makes his Magyar + 1/2 spindle–No one else doing that in the world that I know of; Then he falls off on his Russians! GAH!

Clearly, the pommel horse is possessed! We must have an exorcism before Saturday!

Josh Dixon on PB: Peach to handstand to start, Bit of a press; Tippelt; Tucked Morisue; Healy; 1/2 pirouette; clips his legs a bit on his tucked 1/2; Straddle 5/4; Double pike with a hop to the side

Donnell Whittenburg on PB: Flip from upper arms to hands; Peach to handstand; Dimitrenko; Moy to immediate double front! YES! That was a cool combination! Tuck 1/2; Double front tuck with a step

Sean Melton on PH: And he’s off, too! Finishes strong.

Akash Modi on FX: Arabian double pike; Back 2.5 to Rudi; Front double full to a gainer barani; Holds his V-sit; Randi; Stretched Arabian 1 3/4 roll-out; Triple twist to finish–He has the twisting speed to compete with Shirai Kenzo if he just had a little more height.

Dastrup on PH: He fell off, too!

Good thing we aren’t doing shots for every pommel horse fall! No one could survive that.

Marvin Kimble on FX: OPens with a layout to pike double front; Arabian double pike second pass; Double tuck on straight away; Wide-arm handstand; Cartwheel to corner–checks to make sure he didn’t go OOB; Double layout; hop on the landing; Looks like he stunned his ankles a bit; He’s crouching down in the corner; Gets up and walks it off

Stacey Ervin on PB: Peach to handstand; Giant to handstand; Diamadov; Stutz; Front uprise to Sasaki-bends knees a bit… Switching over to pommel horse to see a guy hit (Maybe?) a pommel routine!

Akash Modi on PH: Hits his routine until the dismount; presses up; presses down; presses up and can’t pirouette off; comes off on the same side as he started–shouldn’t receive dismount credit unless he gets back up; Gets back up and finishes with a real dismount

It looks like Stanford (with the exception of Modi) decided to skip pommels. Probably a good idea given the way things are going today.

Pochinka on PB: Moy to handstand; Comes down on upper arms on his Healy; Double tuck to finish

Donnell Whittenburg on FX: Double-double layout! Way short on his double pike but keeps it on his feet; Back 2.5; Korobchynski; Arabian double pike 1/2 out–OOB;

Stacey Ervin on HB: Yamawaki 1/2 and presses it up; Adler 1/2 way past handstnad; Lots of fight going on, but doesn’t come off;

Adrian de los Angeles on HB: Yamawaki–small leg separation; Stretched Tkatchev–catches it even though he fell during warmups; Misses his Adler 1/1; Falls on his double-twisting double layout

Belanovski on PH: Yes! He made it through without a fall!

Marvin Kimble on PH: Scissors to handstand–second one is a bit pressed; A little piked on his Magyar on the end; Sivado; Presses up to handstand and fist pumps AS he is coming down from the dismount. Nice.

John Orozco on FX: Opened with a Lou Yun-style double side somi! Hop on the 2.5 dismount

“HOLY MOTHER OF NADIA” < That was Genius!