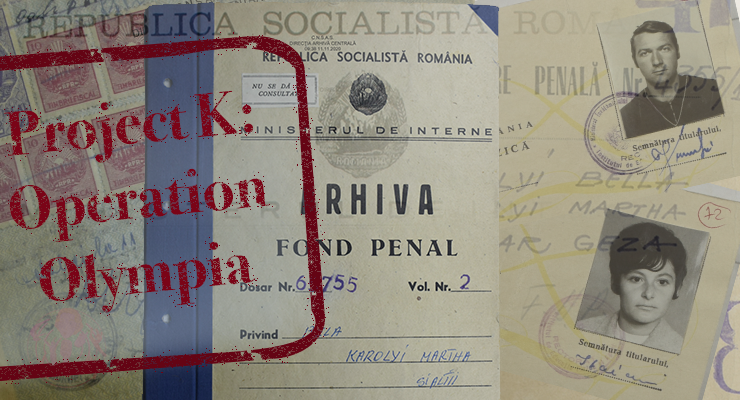 This investigative series is only possible because of the support from Club Gym Nerd members. Thank you!

On July 18, 1976 Romanian gymnast Nadia Comaneci made history. During the Montreal Games while competing on the uneven bars she scored the first perfect 10 in Olympic history. A feat so unexpected that the Omega scoreboard was incapable of registering the result and instead posted a 1.0, unable to shift the decimal point. With hindsight this symbol of seeing one thing and hearing another is an accurate metaphor for our misunderstanding of all that was happening at the time. Behind that routine things weren’t perfect for Nadia; and over the years much of the oral history that has been told by her coaches, husband and wife team Bela and Marta Karolyi, have not been true. Worse are the stories they didn’t tell. We will.

Nadia would be perfect six more times in Canada on her way to collecting five Olympic medals: three golds for all-around, uneven bars and balance beam; a silver for her team medal; and a bronze for floor exercise. Nadia’s performance was a tipping point for the sport, inspiring generations. While greats get eponymous skills named after them, Nadia’s name has become synonymous with the sport itself. That success also propelled the popularity of the coaches standing behind her.

The Karolyis leveraged the performance at those Games to take over the gymnastics program in the United States after they defected from the communist regime in Romania. With their arrival they emboldened the already abusive culture of elite gymnastics for the next four decades. In recent years the impact of that change has come to light. Today, the Karolyis are subject to lawsuits stemming from the abuse by convicted serial rapist and pedophile Larry Nassar while they were leading the U.S. National Team. The Karolyis brought with them a culture that was so restrictive, as described by generations of gymnasts who survived it, that even Nassar recognized the damage it was inflicting and used it to prey on the vulnerable. Many of the things the Karolyis did in Romania have changed, while too many remained exactly the same.

In the 2017 documentary series Legends Live On by the Olympic Channel, Nadia says, “I always say that my success happened because Bela and Marta were coaching at that particular time and it was just a happy triangle that connected us.” If that were true, the triangle collapsed soon after the 1976 Games when Nadia refused to train with the Karolyis. This act of self preservation came as a surprise to the regime who now possessed the brightest star of the Games. Whether intentional or not, Nadia became one of the first to challenge the authority of the Karolyis.

The Romanian government wanted to know why. In December of 1976 they initiated “Operation Olympia,” which launched a multi-year investigation into the Karolyis by the Romanian Securitate, the secret police agency of the Socialist Republic of Romania. Over that time the Securitate tapped phones, spoke with informants, pulled government documents, interviewed colleagues and much more.

For more than a year GymCastic has been collecting these files, transcripts, handwritten notes and more from the Securitate archives in Romania; and over the coming weeks and months we will share the new revelations these documents uncover, exposing new truths and debunking long-held beliefs.

We have the receipts and we’re ready to set the record straight. Welcome to Project K.

Coming Monday on the GymCastic Podcast: Interview with professor Simona Petracovschi, PhD, faculty of Physical Education and Sport West University of Timisoara, Romania, to discuss the relationship between the Securitate and the athletes in communist Romania.