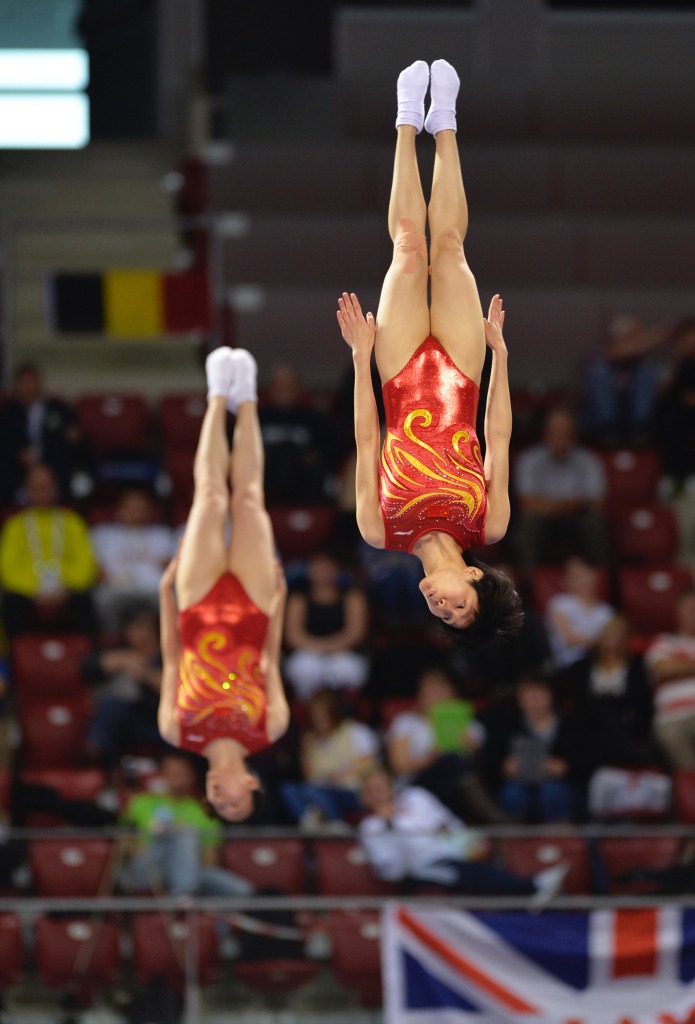 In the news, Uncle Tim and Jessica chat about:

The Gymternet’s Ultimate Floor Music Playlist is ready for you listening pleasure. Send us videos if you use one of the songs for a floor routine! Check it out here.

Haha was Mustafa a typo or on purpose? Lol because I know they used to use that word as a derogatory, even racist, name for Aliya on the Russian gymternet (because she’s part Tatar and they are often Muslim. I haven’t seen it being used for a long time now thankfully!)
I’m personally not a fan of the type of dance in Botterill’s floor, but I do see it’s really different from most of the stuff we see so that’s really cool! I just wish she had more original choreography. I don’t know who choreographed her routine but that was hella lazy tbh.
As an addition, Seitz is the toe on shaposh with a full twist. And the stalder shaposh half is often called either Chow 1/2, or the Yaostafina when they both did it at the Olympics.
Casimir Schmidt, of the NED team, has a gymnastics tattoo! He has all the names of the events on the inside of his right bicep. Like ‘FXPHSRVTPBHB’ I think. http://content.nos.nl/data/video/l/2013/10/05/Tattoo-Schmidt-versie-2-CSO131005NI_1.jpg 🙂

(And haha don't worry about my name!) It's too bad if int. gymnasts wouldn't be able to opt in Shawn's meets but at the same time I guess I do get it – there's a lot of US gymnasts obviously that of course they wouldn't even need any others. But it would be amazing if people like.. idk, Chuso or Larisa would be a guest on a team! I'm sure it would help with sponsors too 😉 In RG they do it too, they're having their serie A meets right now and so many top Ukranians and Belarussians and even some Russians compete for the teams there.

And like. YES I WILL PAY FOR OLEG!! PAY FOR OLEG!!!!!!!!!!!! Someone put up a donate button rn. If everyone in the gymternet would pay a euro or so we'll probably have at least his foot surgery paid for!

Goooood German accent you have there, Jess! So is it named now? Because it's different for men.. or will he just have to do it at like, Stuttgart or something? (Now you guys just have to work on the pronunciation of Van Leeuwen… vah-n, lay-wen would be closest I guess haha)

Ok so Simone… can probably do every double salto on floor possible.. but like.. I hope she adds in a twisty pass? She probably won't because they just aren't as highly valued (which is weird bc like, how many people can really do a 3,5.. more people do double doubles so) but like 3 passes with a DLO in it would be so boring imo? I hope she changes it around enough to keep it interesting.

Hi Gymcastic, I love the show but I feel i must tell you as a Russian woman I was extremely disappointed in the cast in the moment you chose to basically demonize Russians over the situation in the Ukraine that you know nothing about other than the propaganda your government feeds you. Stick to gymnastics because your coverage is great but please STOP discussing politics you know nothing about. Thank you.