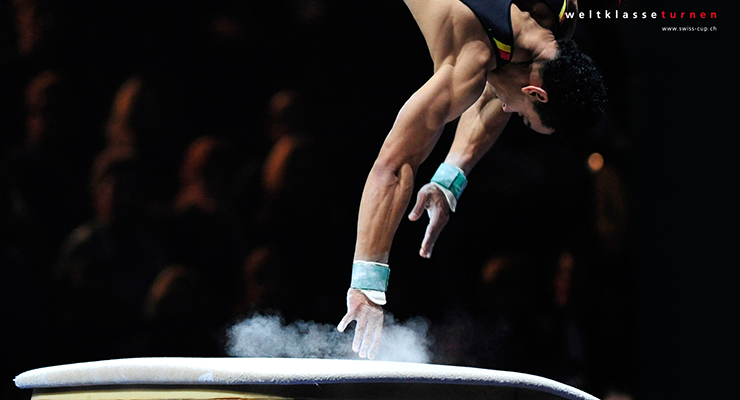 In the news, Uncle Tim, and Jessica chat with Scott Bregman, Communications Director at USA Gymnastics, who lets us know how to watch Tumbling and Trampoline World Championships starting this week in Florida.

To watch TTWorlds.com outside of the United States just use a VPN! We like TunnelBear, Hola, ZenMate and GetUsVPN.

I don’t like Kenzo very much, but I’m glad he finally put in a double salto. Although I do think he’ll need to fix his execution. Last year it was a lot better, from what I can remember. It wasn’t that great at Swiss Cup, or at Worlds for that matter. He’s an amazing twister and I’m glad to see he can do more than just that, but I think he should reorganize his routine so his quad twist isn’t at the end – I haven’t really seen him complete it in a while, it’s always sort of 3.75.

The stuff Komova did at the gala wasn’t huge or anything, but what she did in training there was much more solid so it does make me feel like.. she’s on the way back. Apparently she’s supposed to compete at either DTB Cup or Voronin Cup (with watered down routines, I assume), so I hope she will so we can finally see her in competition.. because a gala, yknow, it’s not really legit.

What Khorkina said about the injuries/surgery… Obviously back then there wasn’t any social media so that made it a lot harder to follow anything going on in any kind of country that isn’t your own so I don’t fully agree with what she’s saying. But she seems VERY critical of the Rodionenkos, thankfully. Although most of the time I’m like ‘Girl you can put out any kind of comment you want, but nothing’s going to change unless you take over’. So yeah. Khorkina, you know what to do.

What I want to see mostly, about artistry, is a breakdown of the artistry deductions the judges take. Because it’s really annoying when people are like ‘why is her score lower, her execution was better!!!!’ when that’s not even why it’s lower. So I want more transparency there.

But if you’d talk about Khorkina vs Mustafina for being legendary.. I think it’s a little unfair/hard to say, because Khorkina’s era was a decade ago and you can see what effect her participation has had. You can’t really say for Aliya yet, although she was the one that started with the Amanars (with Nabieva I guess) and since then an Amanar has been needed to win the AA. She’s the one that mainly started the shaposh work on bars and use them in combinations that everyone is doing now. She’s the only that is almost revolutionizing (perhaps a word too big still) beam work by combining elements and raking up CV to make a D score (even though it doesn’t always work out). She has had a diva status (which was unfair, but still), and she’s the first one to have such a high D score on floor with ONLY 3 PASSES. She is innovative, even if people don’t see it (yet). She is a personality in gymnastics, everyone does love or hate her… Maybe she doesn’t have the legacy just yet or you can’t really compare it to Khorkina completely, but she is a legend in her own right, in my opinion. And not just as a gymnast, I think she’ll be on the radar as a coach too.

(Haven’t listened to the whole thing yet, so I’ll do that later and if I have something else to add I’ll write another comment haha!)

shawn johnson started the amanar trend imo b/c her vault proved a girl could win an AA title in a quad of overvalued UB routines. Aliya competed hers two years later and the only reason no Americans were competing any at the time was because the three who were attempting it were juniors whilst Aliya was a first-year. By 2011 the amanar emerged on the senior field for the U.S.

But i agree with everything else you said about Aliya…well…except that she’s revolutionary on beam because i think ppl have been doing groundbreaking connections (such as Makra or junior Komova and her bhs-loso-arabian 7.2 routine) for a while but they are often too “unimportant” to get noticed. But again, i agree with the overall assessment you made of her impact. Love her or hate her, you will remember her.

Regarding artistry, there isn’t an artistry deduction in the code as far as i remember? It’s more a recommendation that routines be more artistic. It’s not like RG or Acro in that dancing/performance/ dance technique is evaluated; so, generally, ppl are right to complain if a more artistic routine scores higher than a cleaner one because right now artistry doesn’t signify in AG.

Thanks for the input! You are right that Shawn was the first one to use the Amanar, but I was trying to say that since Aliya no one has been able to win an AA without it. Of course, Nastia won without one in 2008, as did Bridget Sloan in 2009. Now it’s almost unthinkable and the fact that Larisa came so close this year is great imo. I hope someone without an Amanar will win in the future, just to show that it’s (still) possible!

And in the code there are some specific deductions for artistry, you can find them in beam and especially floor sections. An example would be:
“– Musicality
All movements must fit perfectly with the chosen
music
? Inability to follow musical beats, rhythm and tempo
? Background music
(‘Background music’ is when an exercise is
connected to the music only at the beginning and
the end)”
Which can incur .1, .3 or .5 deductions. So these deductions might be taken, while they might not be visible to the audience per se. That’s why I would like to have that public, so – yes, there will be a huge debate over whether it’s right or not and personal taste and all that, but at least there will be more transparency as to why Aliya got the floor bronze and not Mykayla, etc. etc. 🙂 Whether people agree with it or not.

Beth Tweddle and Rebecca Bross both had high d-score with only 3 passes back in the day.

Oh yeah! Thanks for pointing that out.

Where’s the pic of Yao Jinnan & Bai Yawen with the grips?

Simone did a Khorkina in the new video, not a Van Leeuwen.

Shouldn’t Shirai’s D-score be 7.6? I think he basically replaced “tempo to back triple” to triple double (and a change of non-acro skill that few cares about ). This led to no reduction of the number of twists. A japanese blog “tantara-taisou.blog.jp/archives/16047044.html) did a breakdown of the new composition. And if you follow Shirai Kenzo, you see himself tweet a lot about 7.6.

Thanks for your comment. He officially received a 7.3 D score: http://www.gymnasticsresults.com/2014/eu/sui/swisscup/results.pdf

I know that the official D of Shirai is 7.3. I’m not sure of the cause of the difference, maybe the dim lighting.
Regardless of results, what I wanted to mention is that, by adding the triple double into his FX routine, I believe Shirai was attempting to up his D-score even even more, instead of sacrificing/compromising.

I love the show. I have listened since the beginning, but I do not use iTunes at all (or any apple products). Is there any other way to rate the show because I would if I could!

About Aliya: I think she will be a legend by the time she retires. I feel like we still have not really seen her peak since her knee injury. She has yet to really put everything together. If she hits bars well, she bobbles on beam or floor, or whatever. But once she hits it all, I think she could out-medal Larisa or Kyla. Simone is going to be harder to catch, though. For anyone.

About artistry: I was actually super annoyed by the series of articles on Rewriting Russian Gymnastics. I love that site, usually, as I love Team Russia. I hate how there is such a binary argument about artistry and anyway, Pod and Biles DO NOT have the same body type. I was laughing when I read that. Pod just looked like a little more muscular ballerina in her prime, whereas Simone looks like a little body builder. It really bugs me that 9 times out of 10, people aren’t actually talking about artistry, but instead are just talking about a traditional ballerina body. Long lines, tall, and slight. I mean, if you watch someone like Daria Spiridonova, she is wholly unartistic on FX, but she has decent lines, so she gets praised as having artistry. Now, if we want to have a talk about dance technique, then I think you can really dig in deep there. Simone arguably lacks the technique of Mustafina or even someone like Emily Gaskins. But, let’s be real. Nastia’s dance technique was not so hot either. Again, she just had long, lean lines. I would definitely be fine with the US girls do a bit of ballet bar work a few times a week, if only to learn some proper dance technique and carriage. But, technique and artistry are still not the same and they are so conflated in this argument!

I have to say I agree with every single bit of this comment!

Yes! You can rate us on Stitcher http://www.stitcher.com/podcast/gymcastic or simply tell your friends, post a link on your Facebook page or somewhere where other gymnastics lovers can find us. Thank you so much for your support! BTW, totally agree with your artistry assessment here- Jessica

Oh, awesome! Will do right now.

One more bit of a rant, in general, about dance. For anyone who has been a dancer, does it bother anyone else how ALL gymnasts turn?! If you watch their double, triple, and quad pirouettes, their legs are always sticking past their knees in the back. So ugly!!!! Aliya: http://makeagif.com/i/azMICY Larisa: http://makeagif.com/i/zJfnBd Everyone does this!!! And the sickling of toes in toe point! (Although the Russians don’t usually do this, thanks to their ballet training, probably.) Kyla is the queen of sickle toe!!! And she actually has a decent toe point (like on bars, for instance).http://makeagif.com/i/U7cdWe

Teea is doing a back spin too: https://www.youtube.com/watch?v=fc0-ZJzIY6o&list=PL5OsT6GPlnu4EBZ2xklPsGiaScq-0na8_&index=9

This website uses cookies to improve your experience while you navigate through the website. Out of these cookies, the cookies that are categorized as necessary are stored on your browser as they are essential for the working of basic functionalities of the website. We also use third-party cookies that help us analyze and understand how you use this website. These cookies will be stored in your browser only with your consent. You also have the option to opt-out of these cookies. But opting out of some of these cookies may have an effect on your browsing experience.
Necessary Always Enabled
Necessary cookies are absolutely essential for the website to function properly. This category only includes cookies that ensures basic functionalities and security features of the website. These cookies do not store any personal information.
Non-necessary
Any cookies that may not be particularly necessary for the website to function and is used specifically to collect user personal data via analytics, ads, other embedded contents are termed as non-necessary cookies. It is mandatory to procure user consent prior to running these cookies on your website.
SAVE & ACCEPT
wpDiscuz
20
0
Would love your thoughts, please comment.x
()
x
| Reply