123: All Around Finals at the 2014 World Championships

Our coverage of the 2014 Gymnastics World Championships in Nanning, China continues with a full recap of the women’s and men’s all-around final.  Uncle Tim, Lauren and Jessica chat about:

Why:  We want to create a playlist of songs that should be used for floor routines.

What:  Send us the song title and artist name for a song that’s never been used in a floor routine before.

How to Enter: Send your song to gymcastic@gmail.com, and we will choose the winners at random. Not Twitter or Facebook, please!

Watch the Universal Sports broadcast for free on http://www.usagymworlds.com/live/

Nanning TV is showing a live stream and has very entertaining behind-the-scenes footage and interviews. No Chinese language knowledge necessary! Check it out here http://www.nntv.cn/live/nntv_gg/

Check out the video grid of routines from Worlds http://thegymter.net/2014/10/05/worlds-qualification-videos-running-master-list/ 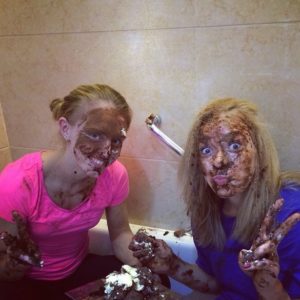 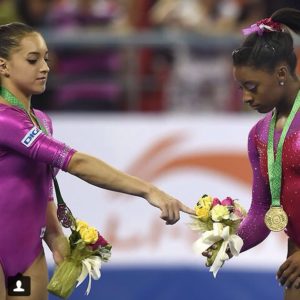 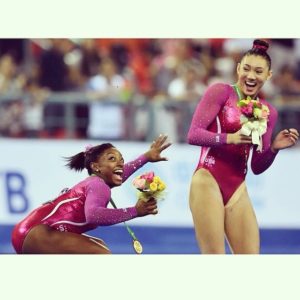 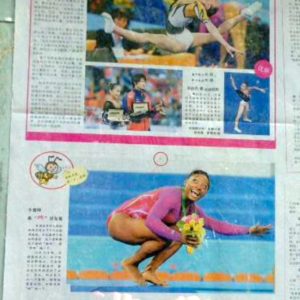 Kyla’s execution WAS better than Simone in the past… but definitely not this year and even last year it .. I guess on par? But Simone makes it look much easier so that’s why I’d give her benefit of the doubt, and she flows much better than Kyla ever has and ever will. I am afraid that will never change whether she ends up upgrading or not.

I have to say I don’t agree with Simone outscoring Aliya on bars in E… I feel Aliya had more pauses in handstand, which obviously shows that she made them whereas I feel like Simone moved out of them more quickly.. so that’s the only way to say I guess. Also Simone had a lil issue at the beginning of the routine on the Weiler.. I don’t know, sure Aliya has some issues (like the Pak thing), but they aren’t “deductible” so :\ I’m also sort of wondering about Larisa’s bars, I’ve seen it and it was cleaner as usual, but .2 behind Aliya??? Idk man. I try to be reasonable bc Aliya isn’t perfect, I know, but on bars.. just eh. I feel the bars and beam scoring has been a little wonky all through championships, where I just don’t get some of the results (not so much the actual E scores, but more the proportional differences I guess?

O my God Jess I wish I could hear what you beeped out when you were having your universalsports gymgasm lol. But please start breathing o my hahaha

About Aliya’s leo.. when Aly said that about the leo, someone on Tumblr was like ‘well that explains fourth place’ haha 😉

What stood out to me was Alla Sosnitskaya’s 7th place finish! The top 6 all had strong competitions, but the other 18 almost all fell at least once.. And Sosnitskaya obviously had a terrible time during TF and in general though consistent at home, looks somewhat unsure in big competitions. So I’m soooo proud of her doing so well in her first big AA competition. Sure she has lots to improve but I’m just so happy for her. On Tumblr there’s a post going where she went to Massilia 2013 and scored 52.225 and finished behind for example Kramarenko, Rodionova, Ocolisan and Fragapane and this year she had a great AA scoring 56.166! I’m just so happy for her.

And I soooooo agree with Uncle Tim about Oleggggg hnggggg he’s my crush too. The thing I’m most upset about is that he’s shorter than me 🙁 I need that Fabi/Oleg/Igor sandwich hug to happen.

Also, I’m totally against being able to win the Longines prize twice. Like I’m so annoyed? Sure Uchimura is a great gymnast and competitor but he’s not the only one??? Give it to someone else jeez, he already wins enough prizes as it is! I’m not completely into Yao Jinnan winning it this time either. Imo that was totally ‘home advantage’, but ok. I’d give it to Mustafina, of course. She’s elegant, a wonderful team player, great posture, one of the nicest and most genuine gymnasts.. i”m just like, how has she not won it? Or Lieke Wevers hehe. Have you even seeeeeen her floor? Like guys??! FOR REAL!!!

Can we submit more than one song for the floor music suggestion list? I have so many ideas!

Yes! Submit as many as you want in one email. gymcastic @ gmail . com

Hey guys, regarding the “pink panther” leo, panthers are actually just black leopards or jaguars. If you look at pictures closely, you can see that they do have spots, they are just hard to see because they are black!

It`s really hard to listen your podcast with all that giggles and loud laughs. Can`t you cut it?

Agree. I love that you enjoy recording the show so much, but the jumps in volume (laughing, squealing, etc) make it really hard to listen to, especially with headphones.

Because of the time limitation during Worlds coverage, we didn’t have time to run the episodes through our usual sound editing process that eliminates the highs and lows in our audio. We’ll try to work on that process for next year so that that doesn’t happen. Sorry for hurting your ears! Thank you for supporting the show!

Don’t apologize for the laughter and giggles. They make me smile and I heard the podcast just fine!

Re: Uchimura winning Prize for elegance more than once.
Just loved host intention to give it this year to Kyla Ross (like she didn`t win it already). Double standart alert or what.
If Uchimura got the highest E score on all events in AA of all 24 athletes,. then he clearly deserved this Prize. Besides he is a great ambassador for elegance and artistry because he is not giving it up for the sake of difficult elements executed poorly.
Besides, a gymnast should be elegant on all 6 apparatus. I cannot suggest anyone, except Uchimura.