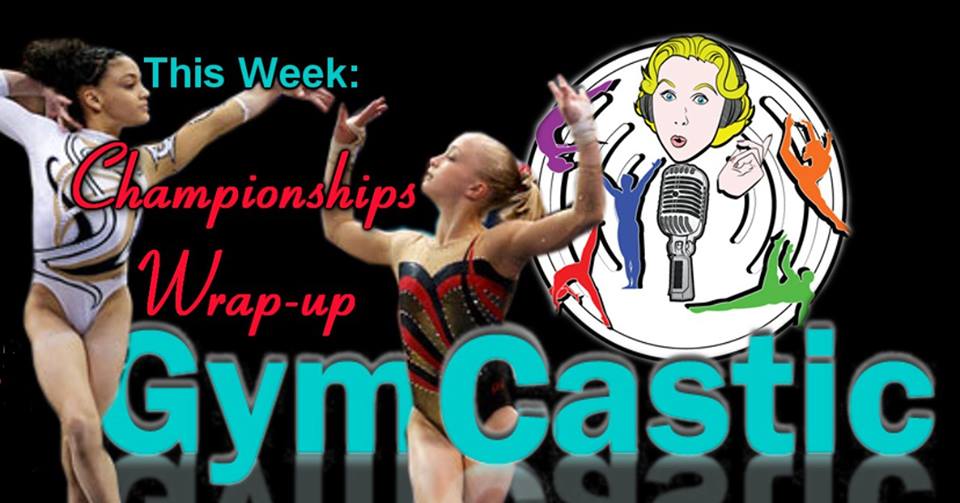 Laurie Hernandez and Bailie Key at the 2013 P&G U.S. Championships

It’s our full report from Championships! USAG’s Scott Bregman checks in to talk about the possibility of a webcast from Worlds, Lauren Hopkins from The Couch Gymnast tells us what the gymnasts said on the floor, Spanny Tampson reports in from the Olympians’ suite, Uncle Tim drops tons of sexy data all over us, plus: What Kyla Ross had to say after the meet about her work with Precision Choreography, Gabby Douglas‘s new movie, more Fierce Five-ers move to California, upgrades and downgrades since Classics, routine trends we like and dislike, injury updates, the bonus system in effect for the men only at Nationals, Jessica and Uncle Tim thoroughly debate (or fantasize) who will be named to the men’s World Team in place of Danell Leyva. Finally, our solution for the stork stand problem: judging for the spirit of the code , not the literal code.

Here’s how you can donate to US Tumbling Champion Kalon Ludvigson’s recovery fund.

Skinner brought down the house with this floor routine on Day 2.

Emilyi Gaskins, smiling at the judges on beam during her side-dance section.

Norah Flately’s attempt at a five series on BB.

Soviet Gymnastics: Not the Specter of Evil (Commissioned)