The big story this week is Michigan State, ranked No. 14 coming into the weekend, defeating the No. 3-ranked University of Michigan. It was definitely an upset, but perhaps not a total shocker while considering how strong the Spartans have been competing under the tutelage of sixth-year head coach, Mike Rowe. The Spartans are coming off the highest finish in program history, finishing 9th in 2022—so it’s not like we haven’t noticed. If you need a refresher, close your eyes and you can hear Jessica squeal while describing the performance quality of Skyla Schulte.

You may be thinking? But are the Wolverines really as good as we think they are? Yes! They’re still the only team in the nation to post a score above 198 this season (that was just a week ago); and if you go back to their 2021 championship, 8 of the ten athletes who raised the trophy that night were back on the floor Saturday competing. That should make all the other teams in the nation uncomfortable knowing this seasoned roster is still out there doing it.

So who is this Rowe guy and what’s his secret? He’s a Michigan State alumnus and in 1985 he was a member of the cheer squad; and after graduating he moved to New York City where he performed as a professional dancer from 1985-97. He was then an assistant coach for the University of Pittsburgh for 9 years before coming back home to Michigan St. This is all making sense now.

Where the Spartans finish this season is anyone’s guess, but one thing’s for certain—they’re heading in the right direction. If only there was a successful precedent for a professional dancer turned gymnastics coach who had electrified the gymnastics world. Oh wait!

“As a woman, you are not responsible for how a man looks at you and objectifies you. That’s not a woman’s responsibility.” ~ Olivia Dunne, Feminist

Responding to criticism that her content is to blame for the response of her fans.

“If expression and self expression is something that we value as a right in this country, then we must be consistent when it doesn’t fit what our own agenda might be. I don’t think it sets us back.”  ~ Jay Clark, Feminist Ally

Highlighting the inconvenient truth that freedom of expression needs to be free to  critics who suggest Olivia’s content is setting feminism back.

“With a heavy heart and an array of emotions, today is the day I announce my retirement from gymnastics.”  ~ Ellie Downie, Retired Gymnast

The first British woman to win the European all-around title announced her retirement along with the circumstances that brought her to this decision.

“Knowing the tradition of that program, where they have been, where they have come from and what they have done in so many years–to know that we did that tonight is amazing.”  ~ Mike Rowe, Former Professional Dancer

The Michigan State coach commenting on the season-defining victory over local rival, Michigan.

Listen to this week’s bonus episode: Arkansas at Auburn

Cocktail of the Week: 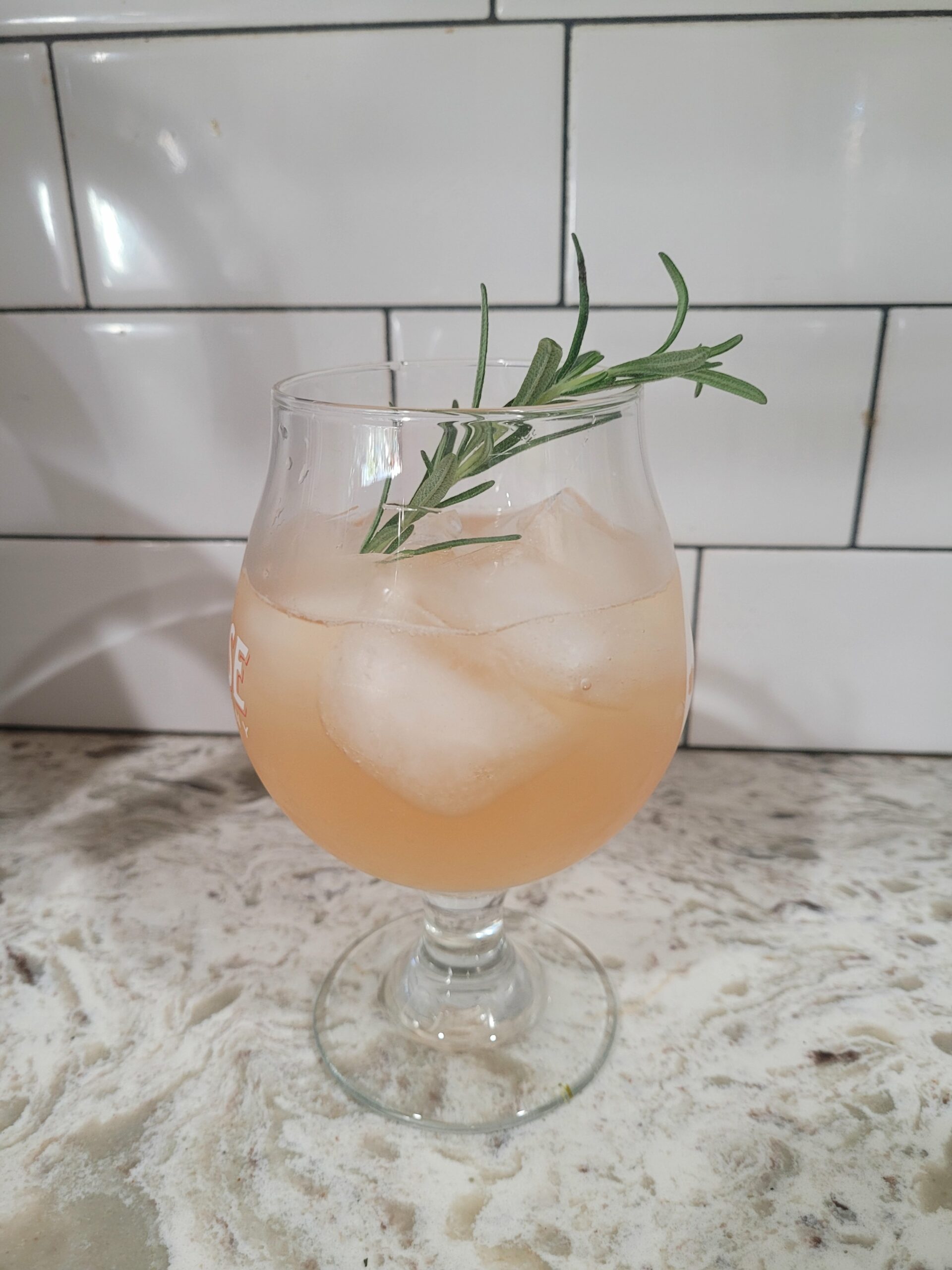 The Unintentional Dismount
One too many of these and you, too, can perform an unintentional dismount from something.
Boozy Version

In a mason jar or other air-tight container, combine all ingredients. Wait until cool, secure the top, then stash in the fridge until next week’s cocktail. Leave the spices in the syrup until you’re ready to use it.
** Will keep up to 4 weeks in the fridge

Make Your Drink:
Combine all ingredients (except soda water) in a shaker with ice; shake to chill. Double-strain into your prepped glass, top off with ice and soda water.

Stick the Landing:
Garnish with fresh sprig of Rosemary

**if you can’t find the Pear Liqueur (or just don’t want to buy it for one drink lol) increase the Pear Nectar to 2oz and the Simple Syrup to 1.25oz.

What? You want even more? Join Club Gym Nerd and you get a bonus episode, College & Cocktails, every Friday after our meet of the week. Once the NCAA season is over you continue to get a weekly bonus episode every Friday afternoon. Plus you get access to all of our archives, exclusive content and more. Then we give the sober analysis on Monday (or Tuesday) after we’ve allowed the data to penetrate our feelings.

Prefer to get this delivered to your inbox? Sign up for the newsletter here.

Will the highly scientific quiz for who is your college team be posted for the proletariat??

We’re trying to figure out how we can make that happen.

Norah Flatley is on the “Hog Pod” this week: https://buff.ly/3Jrjs6b