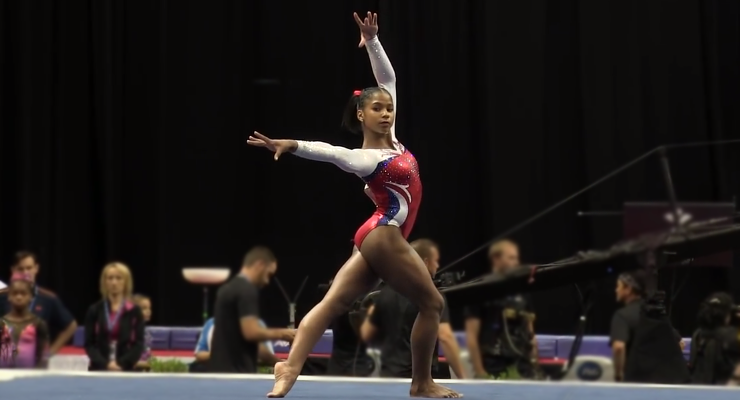 HOW TO USE A VPN

You’ll need a Virtual Private Network (VPN) to watch coverage outside of your country. Our listeners recommend TunnelBear, Hola, ZenMate and GetUsVPN. For the best breakdown and full understanding of each VPN service, consult That One Privacy’s Guy’s VPN website here.

Thanks to the good people at Norbert’s, we’re giving away a beam!

It’s a 4-foot long sectional beam, valued at $79, covered with beam suede and filled with solid (but very light weight) crosslink foam, perfect for learning those jump or acro skills that might be a little ouchy to try for the first time on the hard beam.

This giveaway is for Club Gym Nerd members ONLY. Just enter by email at gymcastic@gmail.com with the subject line “I WANT THE NORBERT’S BEAM.” You just may be the lucky winner selected at random.

In honor of the month of July, Norbert’s also has a red, white, and blue folding panel mat for just $150, shipping included. 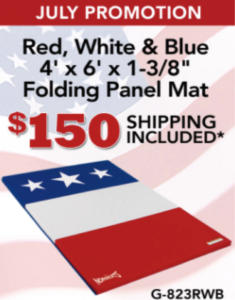 HOW IT WORKS: In August, we will release a list of 10 items on this photo scavenger hunt. Your mission will be to complete each one and post a photo to Twitter or Instagram tagging @GymCastic and @PrecisionChoreo and using #BeerWithBetty. The winner will be selected at random among everyone who completes all ten items. The hunt will start at 8am on Thursday August 17 and will end at 12pm on Saturday, August 19. The winner will meet with the Betty Okino at 3pm in Anaheim on August 19th! If you enter, be READY FOR BETTY because winner will meet this gymnastics legend at 3pm that day!

BUT WAIT: Before this contest starts, we need your help coming up with the scavenger hunt list! Please tweet us your suggestions using #BeerWithBetty from now until July 31. Ryan on twitter is already owning the suggestion game.