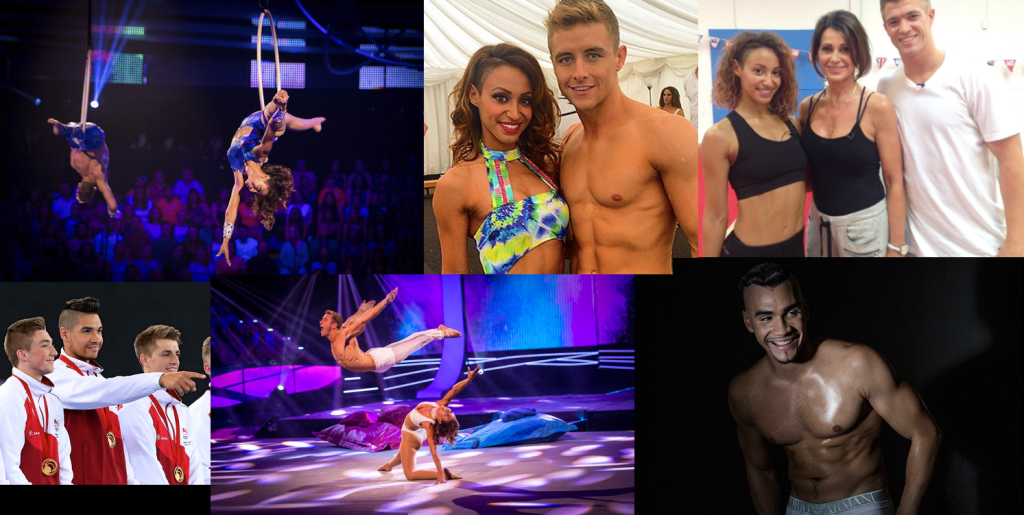 This week’s interviews are with: Amelle Berrabah, shown here with her pro partner, sports acro world champion, Doug Fordyce; Louis Smith who gives us the deets on his Euros disappointment; and Amelle’s coach David-Roy Wood who talks about what he learned from, no biggie, Nadia.

It’s interview-o-rama today on the show! Louis Smith is here to answer your Book Club questions. Amelle Berrabah, the British singer and finalist on BBC One’s gymnastics tv show, Tumble, is here with her coach David-Roy Wood (who also coaches Princess Catherine). And by the way, Amelle is going to continue with adult gymnastics when the show is over because she loves the fitness results she’s achieved during training! To conclude, Jessica and Emma recap Tumble episode 5 before the big finale on Saturday where NADIA WILL BE PERFORMING!

Find out more about BBC One’s Tumble on the official website. Watch full episodes on the BBC One YouTube Channel.

If you are outside of the UK and want to watch Tumble on BBC One, you can use FreeTVCafe.net here.  Use at your own risk. There are a ton of play buttons that will automatically download crap onto your computer. Be extremely careful not to click on an advertisement. Less risky is using a VPN like TunnelBear, Zenmate, GetUsVPN.