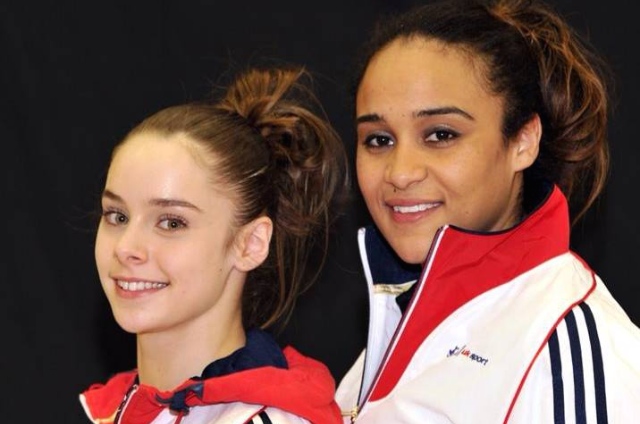 Princess Catherine Lyons and her coach, former international elite, Rochelle Douglas have been together since Catherine was six!

Princess Catherine Lyons of Europa and her coach, former international elite gymnast, Rochelle Douglas, are here! We noticed these two in the very popular YouTube series called Team Sparkle. Princess Catherine is known for her exquisite form, her elegance, her uncommon maturity, making audiences cry with her expressive melancholy and angst-filled modern dance choreography. She’s on a major winning streak, in 2012 she won the all-around at the  British Espoir Championships; in 2013 she swept it, winning all-around and all four event finals; and this year she’s won gold on floor in every meet she entered, including the English Championships and British Championships; and finally she capped off the year by becoming the 2014 Junior European Floor Exercise Champion where she helped the British team take silver. At Euros she also had the highest Execution score of any junior. And you know how we LOVE that.

We have her coach, Rochelle Douglas, to thank for this. Rochelle was an International gymnast from 1994 to 2000 and competed at European and World Championships along with Lisa Mason and Holly Murdoch, only just missing out on the 2000 Olympics.  She’s passionate about building truly artistisc gymnasts and getting them to the highest level. We discuss:

Today, our immediate reactions after watching the end of women's qualifications with Andrade and Melnikova, plus the beginning of men's qualifications! And we discuss the headlines about Konnor McClain recently recovering from COVID and Igor Radivilov's grip situation...