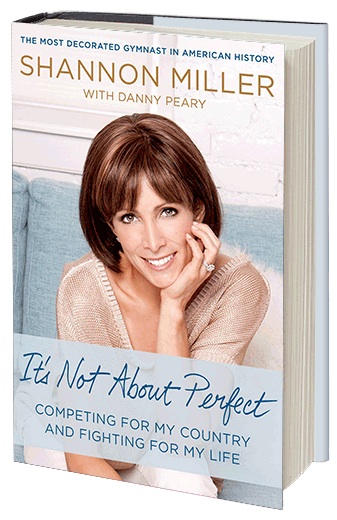 Who: Shannon freaking Miller!!!! will be our Book Club guest in May.
Deadline: Send in questions by May 6th.
How: Order the book here, read it, treasure it forever, then send your questions for Shannon to us at gymcastic@gmail.com or by voicemail at (415) 800-3191/Skype “GymCastic Podcast”

Stanford junior, Taylor Rice, joins us to discuss the 2015 NCAA Championships. Taylor is known for having a different hair color at every meet, being more trouble than Tasha Schwikert for her coach/mother Cassie Rice during her youth at GymCasts and having been the first woman in NCAA history to compete a man wipe. We discuss:

In the news, Uncle Tim, Evan Heiter, Spencer, Spanny Tampson, and Jessica chat about everything that happened at the NCAA Championships in Ft. Worth, Texas:

Read the official blog of Taylor Rice here or follow her on the twitters.

I don’t think that Lindsay Mable was Khorkina’d. She wasn’t as clean as she has been. Maybe she was tired, or the pressure of qualifying without a team was getting to her. She had a break on beam, however small, and she overarched a handstand on bars and I’m sorry, she didn’t quite stick her landing on vault. Sam and Kytra were better than her that day and I agreed with that ranking.

Utah gave a championship performance in my eyes. The Red Rocks were lights out. Go Utes!!!

I am, of course, very sad. Putting that to the side, I thought the conversation about “gifts” to certain athletes or teams was particularly relevant. I brought a friend to the meet who has never seen or followed gymnastics save an occasional Olympics. She came all three days. We tried very hard not to let our “issues” with scoring (particularly on bars) show, but by the end of the bar/vault finals she was so confused and sad. Probably not the way to win over new fans. We tried to explain, but even she could see the contrast and inconsistency some based on order of performance, but some based on, ummm, the color of the leo the person was wearing? Any way, it is frustrating and we tried to explain that is the way it is and that you really just have to be so amazingly better than everyone that not getting those little gifts doesn’t cost you the victory. I do agree in that “being so much better approach”, but it is hard sometimes to stomach. My favorite moment of the meet was OU’s beam rotation in super six. Such redemption from the first day and the beam team we know and love even when they knew they couldn’t win and with Florida screaming in the back of the last routine. I’m really glad I got to attend in person and appreciate your coverage.

Oh, and Love Nina McGee. She is now an honorary sooner after rotating with OU the first day not to mention just being totally amazing. Also, Taylor Rice is awesome, but you knew that!

“Georgia’s hands are all effed up now, but I have to sit here and wait” LOL Love T-Rice!

I finally watched the finals yesterday, and am glad I’m not the only one confused about Stanford’s bars scores. Sam Shapiro and Ivana Hong should have gotten 10s. The look on Sam’s face after she landed was pretty much my reaction to that routine (and I’m sure Jessica’s), and that along deserved a 10! How Alex McMurtry scored higher than Sam with a shuffle on her landing (much less getting a score over 9.9) is a mystery to me, and frustrating, but not surprising since judging is normally a mystery to me. I was happy to hear that Ivana is sticking around one more year because I don’t want to see her leave yet! Hopefully Ivana’s “seal is broken” next season, and she’ll start receiving that 10s she deserves!

This website uses cookies to improve your experience while you navigate through the website. Out of these cookies, the cookies that are categorized as necessary are stored on your browser as they are essential for the working of basic functionalities of the website. We also use third-party cookies that help us analyze and understand how you use this website. These cookies will be stored in your browser only with your consent. You also have the option to opt-out of these cookies. But opting out of some of these cookies may have an effect on your browsing experience.
Necessary Always Enabled
Necessary cookies are absolutely essential for the website to function properly. This category only includes cookies that ensures basic functionalities and security features of the website. These cookies do not store any personal information.
Non-necessary
Any cookies that may not be particularly necessary for the website to function and is used specifically to collect user personal data via analytics, ads, other embedded contents are termed as non-necessary cookies. It is mandatory to procure user consent prior to running these cookies on your website.
SAVE & ACCEPT
wpDiscuz
6
0
Would love your thoughts, please comment.x
()
x
| Reply