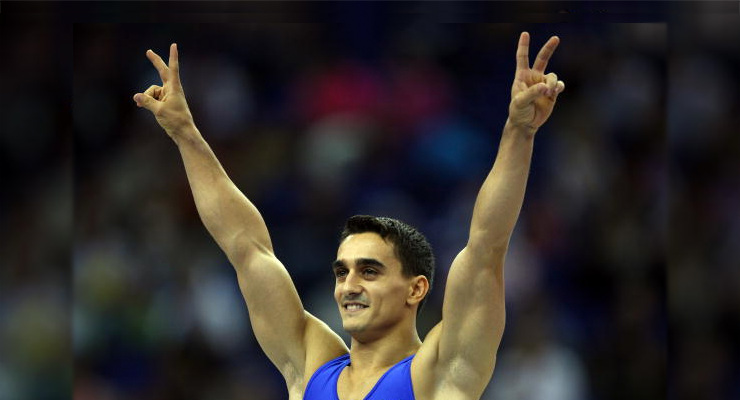 Catalina Ponor is back, Lisa Mason is back, Oksana Chusovitina is back; at this rate, maybe Alexi Nemov will show up wearing grips in Rio. Joining the “Gymnastics At Any Age” Club of Returning Superstars is, Romanian legend, Marian Dragulescu, the most successful Romanian male gymnast of the past 30 years! He’s won four World titles on both floor and vault, his best events. He is the originator of the “Dragulescu vault,” a handspring double front half out, which is named for him and still considered one of the hardest elements on vault. Yes, you know his name because it’s mentioned seven hundred times on ever men’s gymnastics broadcast and this very show.

Even though he’s been incredibly successful, there’s still something missing from the bag he keeps his medals in (true fact, bag, not his underwear drawer or display case). Despite sticking his signature vault in Olympic event finals in both 2004 and 2008, Dragulescu fell on his second vaults at both Games, losing what was almost sure to have been the gold medal. He was to the Athens and Bejing men’s Olympic vault final, what McKayla Maroney was to the women’s London vault final. He did not compete at the 2012 Olympics after an ankle injury suffered at the kept him from being in peak condition in time. Now the re-married father of two, wants Olympic gold.