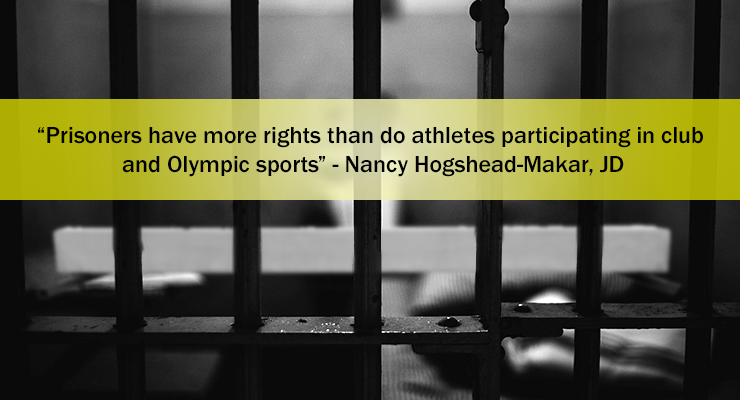 Loved the commentary about the NCAA judging. Something we often talk about in JO judges meetings is making sure the order is correct. Whether scoring is high or low, our most important job is making sure the best routine wins and so on and so forth.

There is definitely a lot of pressure on NCAA judges to please the crowd. High scores help schools attract fans (and money), so as long as the routines are placed correctly (within THAT meet, not compared to the rest of the country), then I think the judges are doing the best they can.

I\’m with your first letter on politics: too much, it distracts from the discussion of gymnastics. That\’s what I listen to your podcast for, not half-baked progressivism that throws around the word \”privilege\” like social justice Tourettes.

As a business matter, every time you discuss politics, you evoke negative emotions in me. Over time, I become less likely to want to listen to you because I know that I\’ll be insulted or condescended to. If you truly want to be the number one gymnastics podcast, alienating a large proportion of your potential audience strikes me as self-defeating.

You: “[this is] half-baked progressivism that throws around the word \”privilege\” like social justice Tourettes”

Get a grip. By the way, whatever money you don’t give to gymcastic I’ll more than make up for, so you’re welcome to leave.

I\’m what someone might call a diehard liberal, but I have to say that I see your point. I personally love that Gymcastic often gives us the WHOLE picture and am not bothered by their progressive slant. I don\’t find their politics gratuitous or excessive either.

BUT I do think that the word \’privilege\’ has become a toxic one. I can see how Uncle Tim\’s response might have come off as condescending.

I think this kind of dialogue is really important though. I think we can all learn how to be better neighbors.

I definitely agree. It\’s one thing to talk about political news as it relates to gymnastics, and another to act like that there is only one valid or ethical stance that can be taken. I honestly feel like if they knew me they would probably hate me because of just a couple of my personal convictions and that\’s sad. Gymnastics should be for everyone, not just liberals 🙂

The Eagles play in Philly (that\’s also where Santa Clause was booed) – not Pittsburgh. Pittsburgh\’s getting a bad rep in these last 2 podcasts…we\’re nice people, really. 🙂

I agree with your second caller and Uncle Tim–anyone who chooses not to take a political stance in the face of fascism is on the side of the oppressor. And yes, it is relevant to gymnastics. We saw the photos of the smiling Dutch gymnastics team years before all of them went to concentration camps, and I personally hate living in a world knowing that some members of the Final Five and many, many others could suffer a similar fate.

Regarding politics, I really do not want it in this show. This show is where I come to escape from all of the politics that suffocate every other aspect of life. I love having these episodes to turn to when I need to get away from all of the negativity in the world today, and I would hate for the negativity to become a part of this amazing show and take away from the shows amazing purpose: gymnastics. Thank you all for all of your hard work and for putting gymnastics in the spotlight that it deserves.

@kara I totally get this, but then again it’s hard to ignore politics entirely. Ignoring the hard/annoying/complicated sh*t is what allowed Nasser to (allegedly) molest women for 20 years. 🙁 🙁

I feel you. That being said, I think for the most part, when politics come up, it’s because it’s related to the gymnastics. Larry Nasser and what happened with The Legendres I think are good examples, as better policy, both within USAG and via new legislation, could lead to keeping gymnasts and other athletes safe). I’m glad Gymcastic didn’t shy away from reporting on these tough, often uncomfortable stories. I feel like it’s taught me a lot about the ways, for whatever reason, people want to sweep these stories under the rug. I think it’s also prepared me better for enrolling my kids in amateur sports programs/camps/etc.