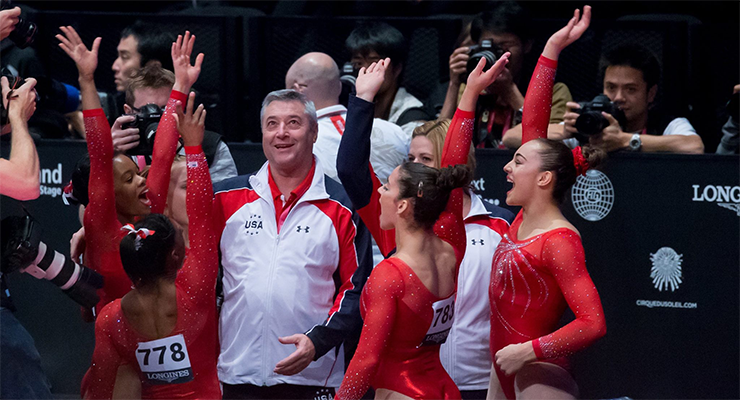 Mihai Brestyan looked elated as he celebrated with the US Gymnastics team who three-peated as World Champions. Photo by Christy Linder.

Jessica is reporting in person from the 2015 Women’s Gymnastics Championships in Glasgow, Scotland with the European Gymnastic Crew: Emma Bailey, Michelle Web, and Katie Foster:

Here are our tweet highlights from Women’s Team Finals: