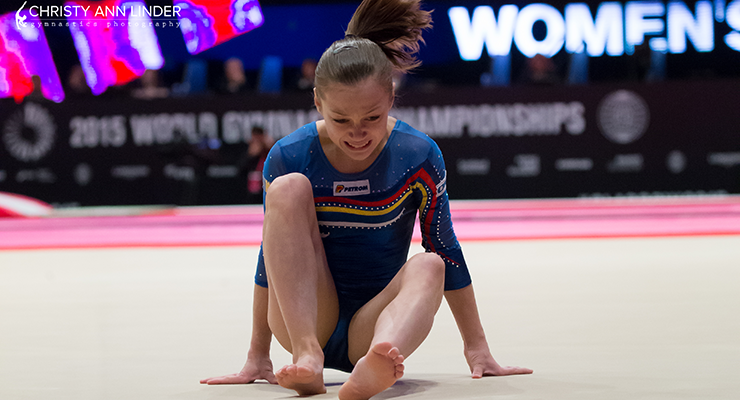 Romania had a meltdown of epic porportions, failing to qualify for Team Finals or an automatic berth to the Olympics.

Jessica is reporting live from the 2015 Women’s Gymnastics Championships in Glasgow, Scotland with the European Gymcastic Crew: Bea Gheorghisor from the Couch Gymnast, Emma Bailey, Michelle Web, and Cordelia Price:

Here are our tweet highlights from each day of Prelims: